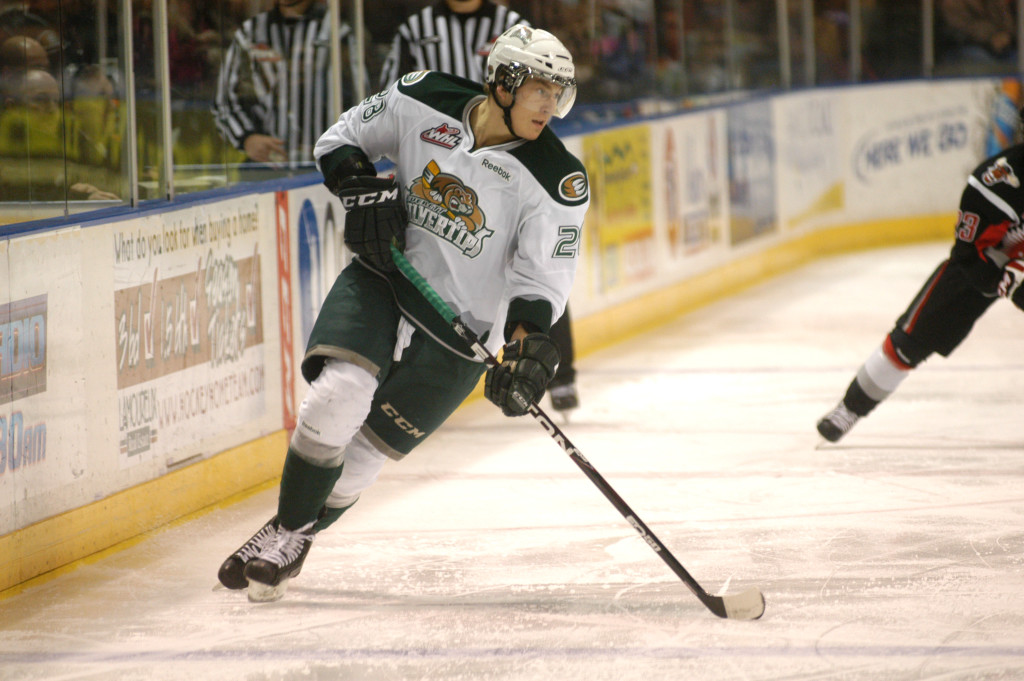 KENNEWICK, WA – Tri-City Americans Governor/General Manager Bob Tory announced today that the team has acquired 19-year-old forward Jesse Mychan (pron. Mitch-in) from the Everett Silvertips in exchange for a 4th round pick in the 2013 bantam draft.

Mychan, listed at 6’2 and 200 pounds, is currently playing in his first WHL season, totaling 3 goals, 7 points and 106 penalty minutes in 26 career games.  The Saskatoon, Saskatchewan native spent the previous season and a half with the Flin Flon Bombers of the Saskatchewan Junior Hockey League, appearing in 81 games and recording 17 goals, 38 points and 248 penalty minutes.  Mychan was originally a 10th round selection in the 2007 Bantam Draft by the Saskatoon Blades.

“Jesse adds some size and depth to our forward group,” explained Tory.  “He will be a welcomed addition to our team.”

Mychan will not suit up for the Silvertips in tonight’s match-up vs. Tri-City.  Following the game, Mychan will accompany the Americans back to Kennewick.

The Americans kick off a five-game road trip tonight when they take on the Everett Silvertips at Comcast Arena.  Game time is 5:05 p.m.  Tri-City, which won the most recent meeting, a 5-1 decision back on Dec. 10, leads the 8-game season series 2-1.  Everett, meanwhile, comes in having lost 8 of their last 10.  Fans can catch all the action live, via WHL Live, at Kimo’s, the Americans’ home away from home, starting at 7:05 p.m. The game will also be broadcast live on NewsTalk 870 AM, starting with the Sterling Savings Bank Warm-up Show at 6:45 p.m.