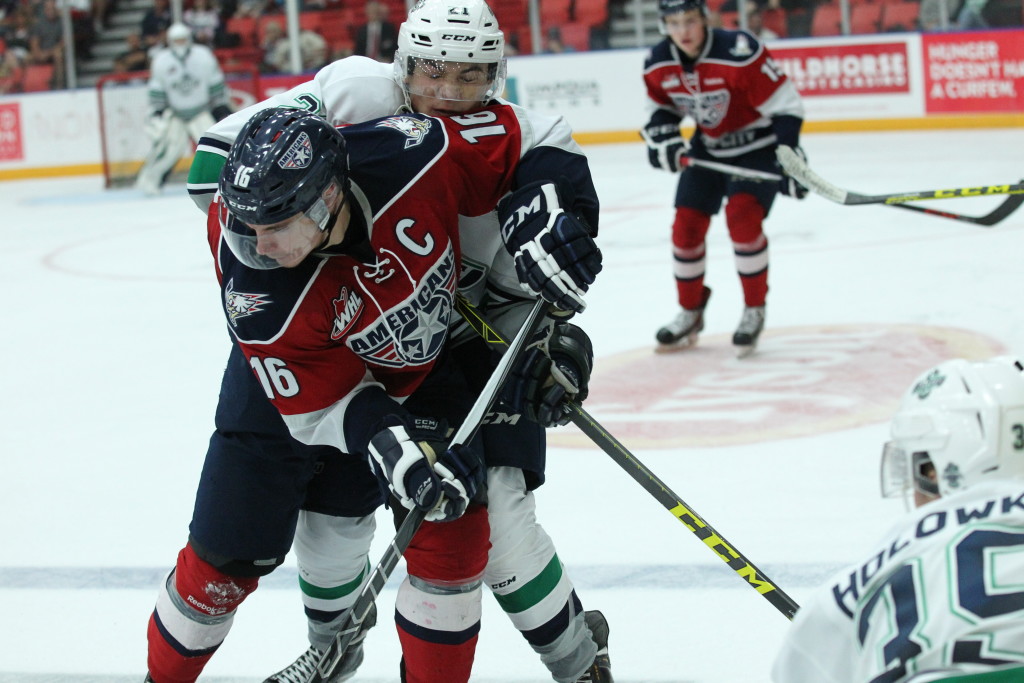 Both teams took some time to get going, with the Cougars jumping on the board first 14:57 into the period. Jesse Gabrielle fired a wrist shot from the slot that found the twine. Tri-City tied the game about three minutes later on the power play. Parker Bowles fired a wrist shot through a screen to even the score at one after the first period.

Early in the second period, the Americans took the lead as Brandon Carlo fired a slap shot from the right point that found the back of the net. Tri-City scored again on the power play, as Taylor Vickerman tapped in a loose puck. Prince George outshot Tri-City, 17-6, but the Americans had the two goal lead entering the third period.

Prince George fought to get back in the game, and cut the lead to one goal as Jansen Harkins capitalized on a rebound to make it 3-2. Tri-City answered, as Kyle Olson slapped the puck in from the side of the net to push the lead back to two goals. Prince George tried to get back in the game, but a goal from Beau McCue insured the win for the Americans.

The win is the Americans third straight, and are undefeated against the B.C. Division in two games.

Tri-City spent 14 minutes in the penalty box and was 2-of-5 on the power play. Prince George recorded 16 penalty minutes and wasn’t able to score on any of its four power play chances.

Evan Sarthou was sensational in net, stopping 31 shots in the win. Mack Shields made 20 saves in the loss.

The Americans will be back at at the CN Centre at 7 p.m. to face the Prince George Cougars this Saturday, Oct. 10. Listen to the game on NewsTalk 870, or watch the game through WHL Live or at Kimo’s, your Americans home away from home.