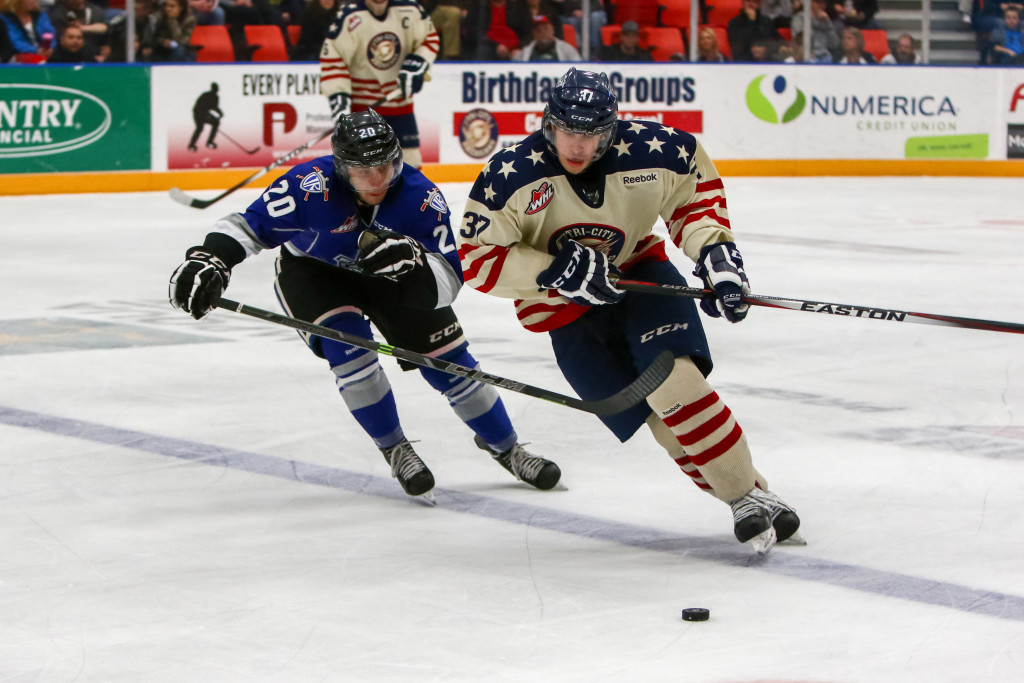 Victoria took the lead 3:46 into the first period as Ethan Price scored on the power play. But Tri-City answered with a goal of its own three minutes later. Parker AuCoin scored on the power play to even the score at one. Late in the first, the Royals retook the lead on a goal from Keith Anderson. Both goaltenders saw plenty of action in the first period, as the team’s combined for 31 shots, including 14 Tri-City shots.

In the second, the Royals increased the lead to 3-1 on a goal from Scott Walford three minutes into the period. Victoria dominated the period in shots 20-4, and maintained the edge on the scoreboard going into the third.

The Americans tried to get something going to get back in the game in the third. But the Royals were able to put the game out of reach midway through the period on a goal from Alex Forsberg, increasing the lead to 4-1. Victoria added an insurance goal by Regan Nagy late in the third to help the Royals cruise to the win.

Tri-City spent 30 minutes in the penalty box while converting 1-of-5 power play chances. Victoria recorded 12 penalty minutes and was 1-of-8 with a man advantage.

Griffen Outhouse started in net for Victoria and made 15-of-16 saves, followed by Dylan Myskiw coming in and stopping seven shots. Beck Warm started in between the pipes for the Americans and stopped 26-of-29 shots. Nicholas Sanders replaced Warm midway through the second and made 22 saves.