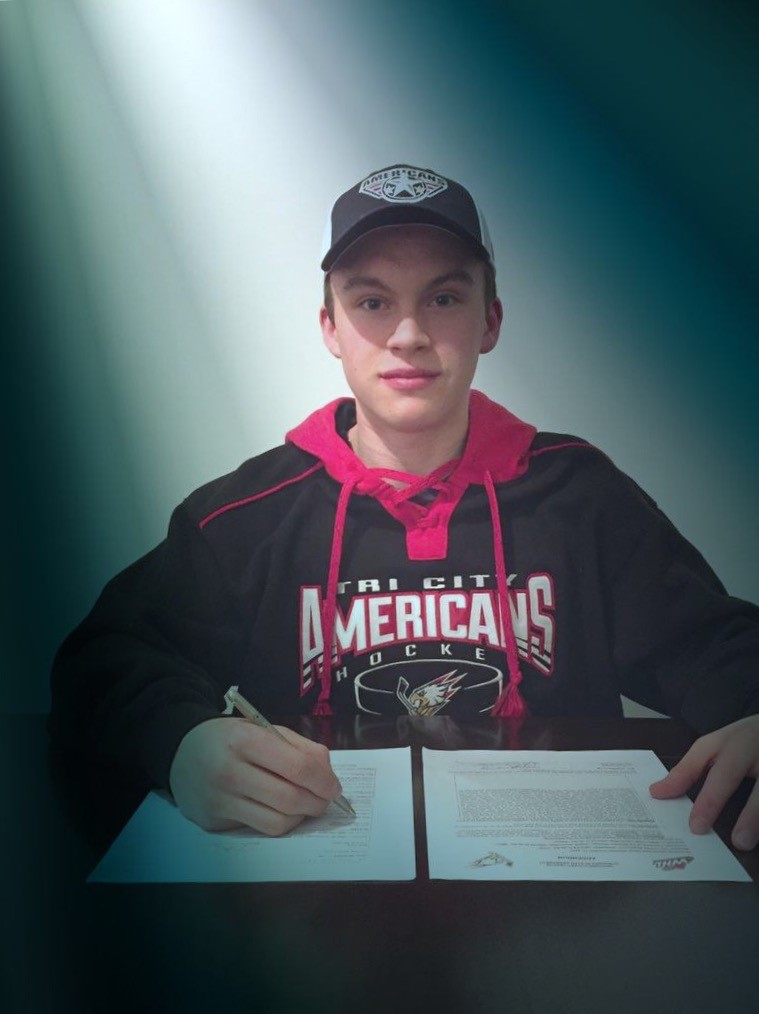 Jeri-Leon was taken in the fifth round (93rd overall) in the 2015 Bantam Draft.

“Keltie plays the game with tremendous speed and passion and goes to the dirty areas in the offensive zone,” Tory explained. “We look forward to Keltie competing for a spot on our roster next season, and are pleased his family has chosen the WHL and the Tri-City Americans to pursue his hockey aspirations.”

The native of Kelowna, B.C., currently plays for OHA Midget Prep White of the Canadian Sport School Hockey League. The 5’11, 189 pound center/right wing has played in 45 games this season, scoring 33 goals and 19 assists, and leads the team in scoring. Last season, Jeri-Leon played for OHA Bantam Prep, playing in 15 games and tallying five goals and six assists. He earned a bronze medal in the 2015 U16 Canada Challenge Cup for Team BC.

The Americans are back in action on Tuesday, Feb. 2, against the Kamloops Blazers. Tickets are available at all Ticketmaster locations, including the Toyota Center Box Office, at any Fred Meyer outlet or online at Ticketmaster.com.