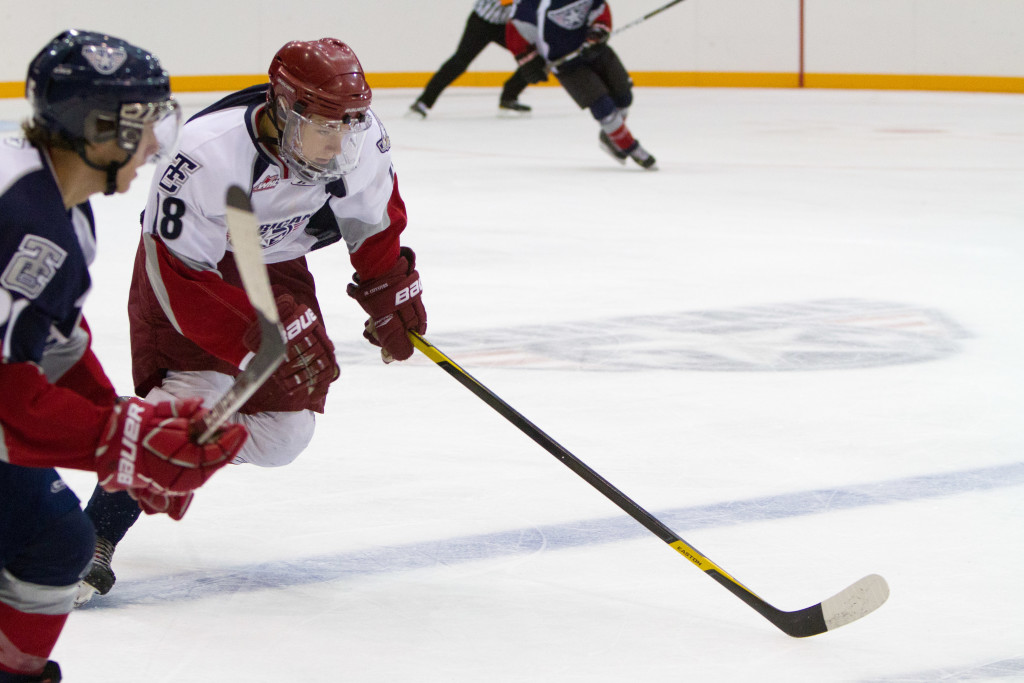 McCue, currently listed at 6’0 and 180 lbs., has played in 39 games this season for the Phoenix Jr. Coyotes U-16 team of the Tier 1 Elite League, totaling 16 goals, 26 points and 38 penalty minutes.  As of today, the Missoula, Montana-native is third overall in team scoring and serves as the team’s captain.  McCue was originally listed by Tri-City in October of 2010 and attended the Americans’ rookie camp this past August, where he won the Rookie Camp Off-Season Fitness Award.  Off the ice, McCue is also an honor student in Phoenix and maintains a 4.0 GPA.

“Beau is a prototypical power forward…he plays hard and finishes his checks,” explained Tory.  “His work ethic and leadership qualities set him apart in his age group.”

“We are pleased that Beau and his family have chosen the Americans and the WHL to pursue Beau’s hockey aspirations,” Tory continued.  “We look forward to Beau making a positive contribution to our hockey team next season.”

On the ice, the Americans turn their attention to a pivotal tripleheader weekend that kicks off on Friday, March 2 at home against the rival Portland Winterhawks.  Game time is 7:05 p.m. at the Toyota Center.  In a battle for division, conference and league supremacy, Tri-City and Portland come in separated by just one point in the standings.  They both are also on winning streaks, as Tri-City puts their 7-game run on the line against the ‘Hawks, who have won 10 of their last 11.  Tickets are available through all Ticketmaster outlets, including online at ticketmaster.com, the Toyota Center box office, or all Fred Meyer outlets. The game will also be broadcast live on NewsTalk 870 AM, starting with the Sterling Savings Bank Warm-up Show at 6:45 p.m.