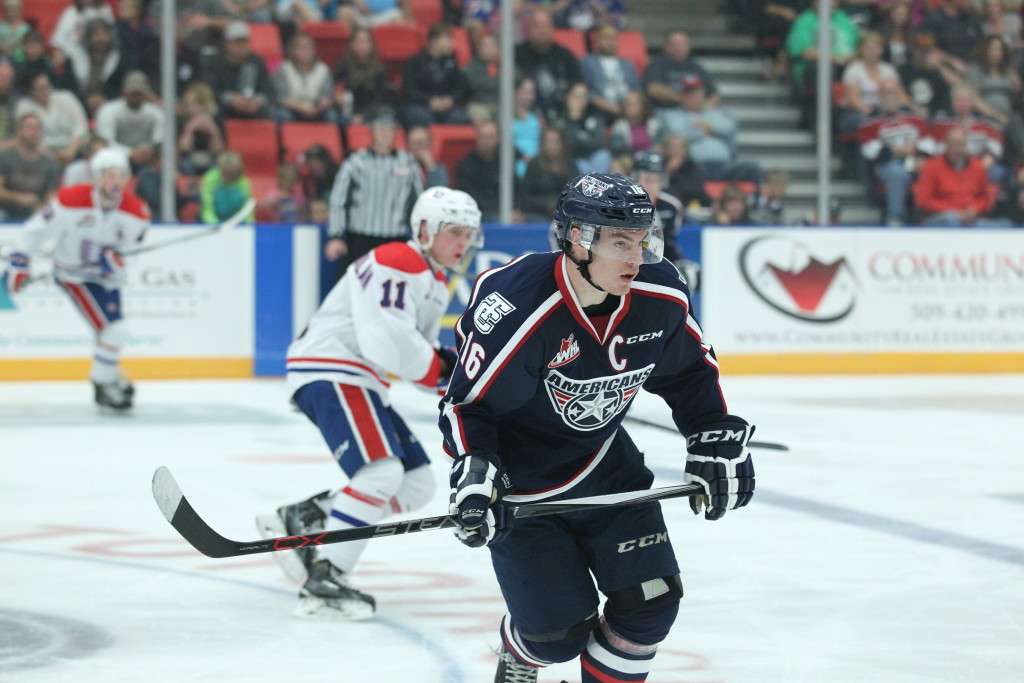 Kamloops struck first three minutes into the game as Nick Chyzowski put the Blazers ahead. Tri-City answered with a goal from Beau McCue to tie the game. Late in the first, Collin Shirley found the back of the net to retake the lead for the Blazers. The Americans answered again, as Parker Wotherspoon netted a goal to even the score. With less than a minute in the first, Marc McNulty put the puck in the net to give Kamloops a 3-2 lead after the first period.

Tri-City tied the game 23 seconds into the period, as Kyle Olson scored his first career WHL goal on the power play to knot the score at three. The Americans had the shot advantage in the second 14-8, and looked to take the lead in the third.

The Americans struck 8:44 into the third, as McCue skated to the net and stuffed it home for a 4-3 lead. Evan Sarthou was solid in net down the stretch, helping the Americans cruise to the win.

The Blazers recorded 25 penalty minutes and were unsuccessful with two power play chances. The Americans spent 13 minutes in the penalty box and were 1-of-2 with a man advantage.

Evan Sarthou stopped 27 shots in the win while Connor Ingram made 32 saves in the loss.

The Americans will travel north tomorrow for a double dose of the Prince George Cougars (1-2-0-0, 2 pts), with the first game this Friday, Oct. 9. Game time is at 7 p.m. at the CN Centre. The Americans won three of four against the Cougars last year, including a 1-1 record in Prince George. Listen to the game on NewsTalk 870, or watch the game through WHL Live or at Kimo’s, your Americans home away from home.

Notes: Jordan Topping tallied an assist, keeping his point streak alive to start the season at four games. McCue, Olson and Parker Bowles each recorded at least two points for the second straight game. Tri-City is 3-of-6 on the power play in the last two games.