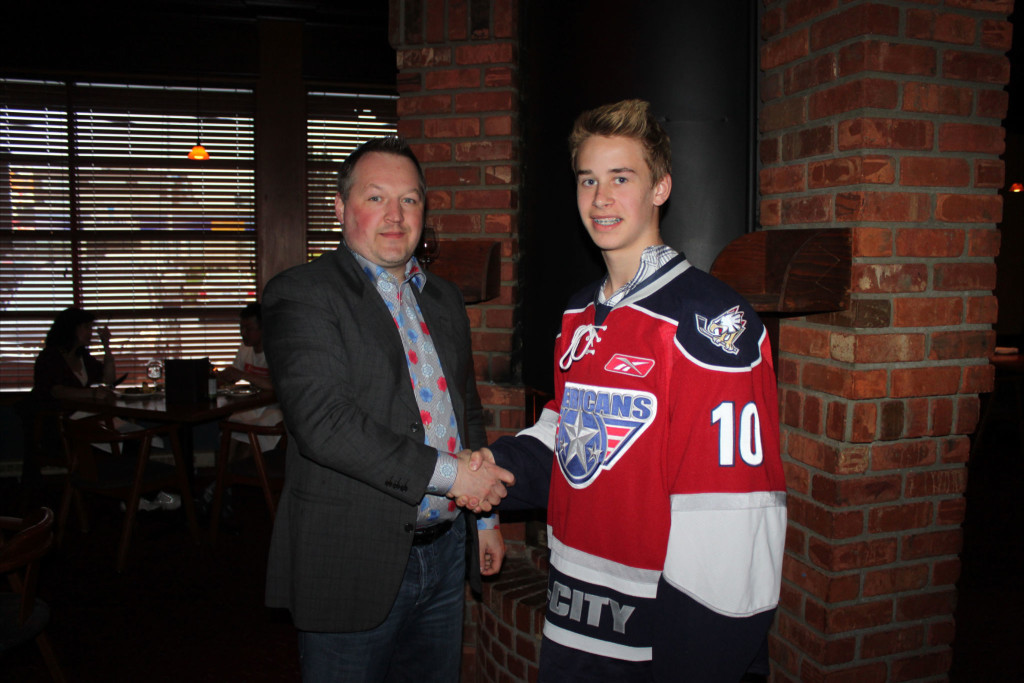 Wotherspoon, a native of Surrey, British Columbia, became the first defenseman taken by Tri-City in the first round of the WHL Bantam Draft since Zachary Yuen (2008), and just the eighth defenseman overall selected by the club in the opening round.

Last season, the 5’11, 160-pound blueliner combined for 16 goals and 54 points with the Cloverdale Colts, which went 42-10-3 and set a British Columbia provincial bantam AAA record with 32 consecutive wins before losing in the provincial finals to the Burnaby Winter Club.  Wotherspoon, the younger brother of current Portland Winterhawks defenseman, Tyler Wotherspoon, was also chosen as an All-Star while competing at the John Reid Memorial Tournament in St. Albert in January.

In addition to trying out for the Valley West Hawks of the BC Major Midget League next season, Parker was also nominated to serve as one of the top-42 bantam-aged Canadian players to participate in the NHLPA’s National Mentorship Camp, being held in Toronto from July 17 to 21 at the Hershey Centre.

“Parker is a skilled defenseman who, one day, will anchor the power play,” explained Tory.  “He is an intense player who plays with an edge and exhibits tremendous leadership qualities.  We are excited that Parker and his family have chosen our team and the WHL for his pursuit of his hockey aspirations.”

Tory continued by saying that “…we look forward to seeing Parker participate in both our Rookie and Main Camps this fall.  He will also compete in an Americans’ uniform at both the Everett and our own pre-season tournaments.”