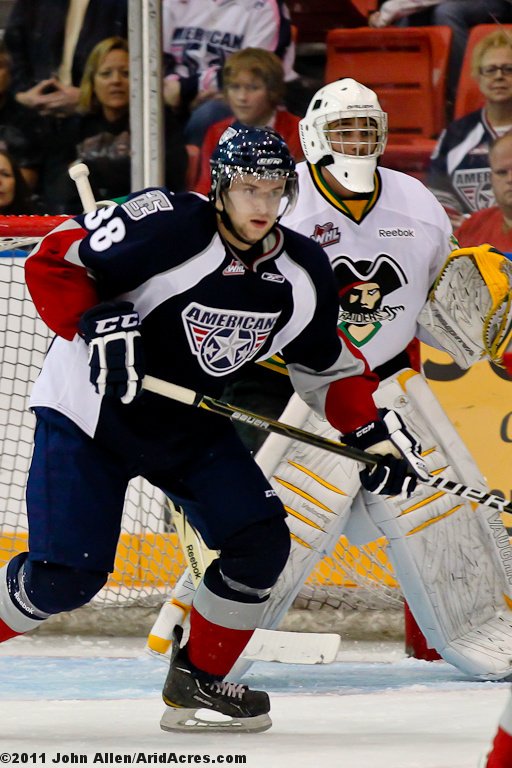 Tomchuk, currently listed at 6’2 and 180 lbs., played in 54 games as a rookie this season for the Fort McMurray Oil Barons of the Alberta Junior Hockey League, totaling 1 goal, 6 points and 55 penalty minutes.  Tomchuk was part of an Oil Barons team that claimed the #2 seed in the AJHL playoffs and helped guide them to the League Finals, where they lost in six games to the Brooks Bandits.

“Wil had a very good rookie season in the AJHL.  He is a good skater that plays with an edge,” explained Tory.  “He will add considerable depth to our blueline next season.”

“We are pleased that Wil and his family have chosen the Americans and the WHL to pursue his hockey aspirations,” Tory continued.  “We look forward to Wil making a positive contribution to our hockey team.”

In other news Monday, Americans’ Governor/General Manager Bob Tory announced that 19-year-old forward Nathan MacMaster will not be returning to the club for his overage season in 2012-13.

MacMaster, who was an early season trade acquisition from the Calgary Hitmen, appeared in 58 games for the Americans this season, compiling 5 goals, 11 points and 41 penalty minutes.  The Calgary, Alberta-native also appeared in all 15 post-season games, adding another goal and 2 points.  Originally a second round (41st overall) Bantam Draft selection by the Moose Jaw Warriors in 2007, MacMaster has appeared in 248 WHL games, totaling 19 goals, 60 points and 156 penalty minutes.

“Nathan has earned a 4-year scholarship from the WHL and will return to Calgary to begin his studies and continue with hockey,” explained Tory.  “I’d like to personally thank Nathan for his relentless work ethic and commitment to our team this past season and wish him all the best in his future endeavors.”