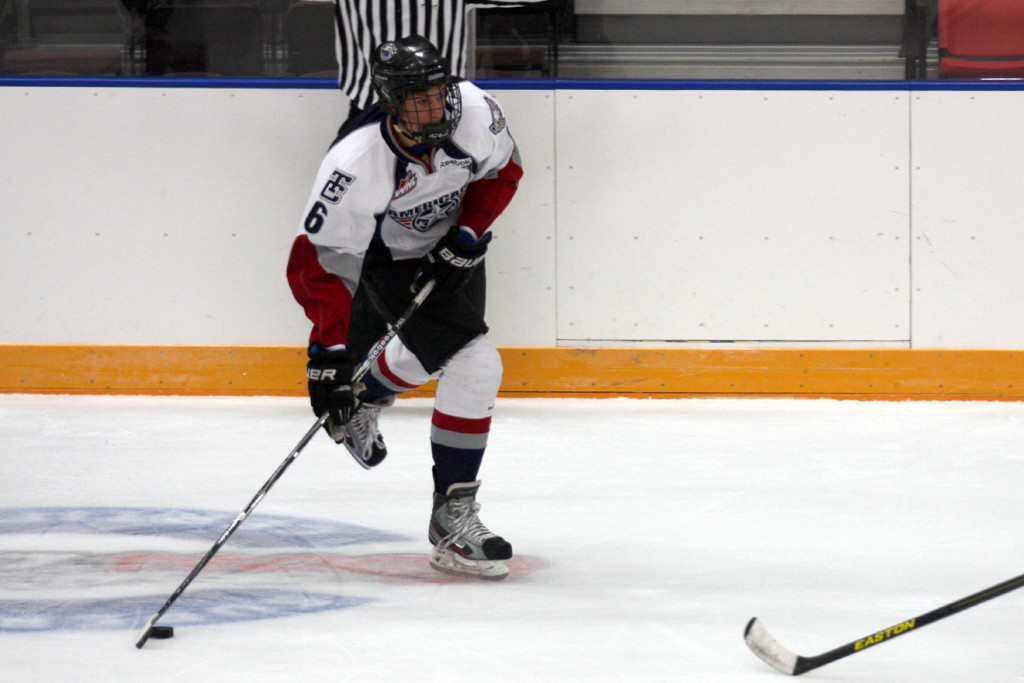 Carlo, a 6’4 180-pound defenseman from Colorado Springs, Colorado, spent the 2011-12 season competing as a member of the Colorado Thunderbirds U-16 team, appearing in 40 games and collecting 6 goals, 17 points and 20 penalty minutes.  Carlo, who was drafted in the 10th Round (214th overall) by Tri-City in the 2011 Bantam Draft, recently completed the Americans’ rookie and main camps.  Following camp, Carlo returned to Colorado, where he will play a second season with the U-16 Thunderbirds alongside fellow Tri-City prospect, Riley Hillis.

“Brandon’s progression and development over the last two years has been tremendous,” stated Tory.  “He will be an important piece for the future of our blueline.”

Carlo becomes the third high-profile U.S. prospect to sign with the Americans since the start of training camp in August, joining his teammate, Hillis, and LA Selects Bantam goaltender, Evan Sarthou.

With the exhibition season now behind them, the Americans will turn their focus towards a home opening doubleheader weekend, which kicks off this Saturday, September 22 at the Toyota Center.  It will be a rematch of two playoff opponents from 2012, as the Spokane Chiefs visit on Saturday before the Portland Winterhawks enter the Toyota Center on Sunday.  Game times are 7:05 and 5:05 p.m. respectively.  Tickets are available through all Ticketmaster outlets, including the Toyota Center box office, all Fred Meyer outlets or online at ticketmaster.com.