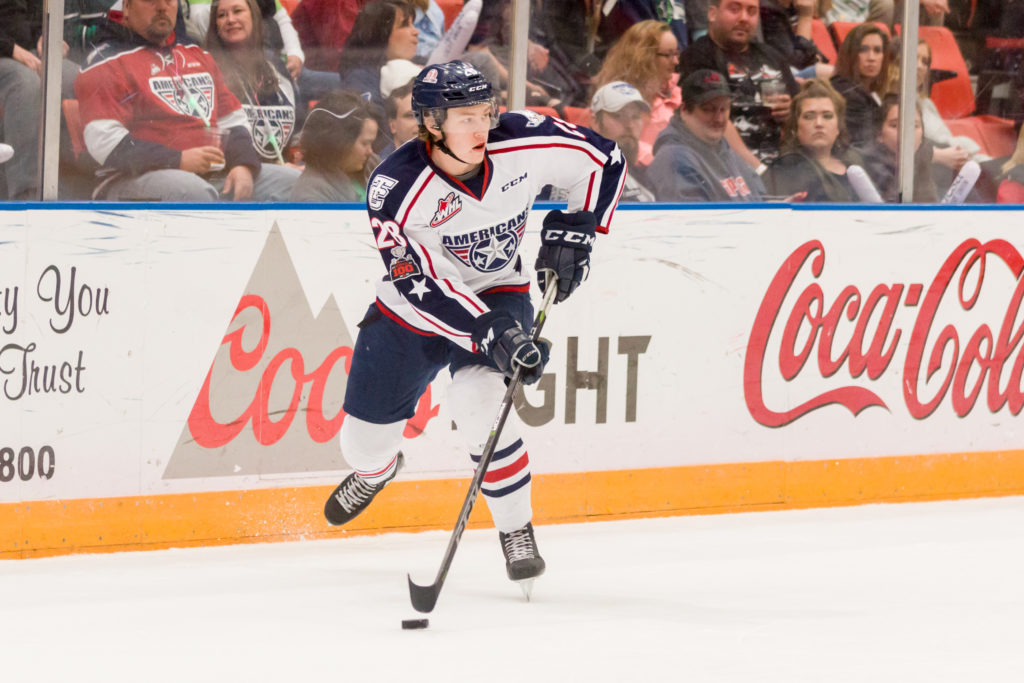 The Carolina Hurricanes announced Wednesday that they have signed forward Morgan Geekie to a three-year entry level contract beginning in the 2018-19 season. Geekie, a third-round pick in the 2017 NHL Draft, has been practicing with the Charlotte Checkers since his junior season ended two weeks ago, and was a healthy scratch for last night’s five-overtime epic between the Checkers and Lehigh Valley Phantoms.

Geekie becomes the second player from the Canes’ 2017 draft class to sign a contract, following in the footsteps of first-rounder Martin Necas. He led the WHL Tri-City Americans in scoring this past season, and has scored 30 goals each of the past two seasons. Geekie was also teammates with fellow Canes draft pick Jake Bean after the latter’s trade to the Americans at the WHL trade deadline, and scored 27 points in this year’s playoffs, which stretched for 14 games before Tri-City lost in the conference final to the Everett Silvertips.

The release from the Hurricanes is below.

The Carolina Hurricanes today announced that the team has signed forward Morgan Geekie to a three-year, entry-level contract.

“Morgan is a big, skilled center who has shown progress throughout his junior career with Tri-City,” said President and General Manager Don Waddell. “He is ready to start his professional career and we look forward to continuing to track his development.”

Geekie, 19, netted 30 goals for the second-consecutive season with Tri-City of the Western Hockey League (WHL) in 2017-18, leading the Americans with 84 points (30g, 54a) in 68 games. The Strathclair, MB, native led the WHL with 17 goals and added 10 assists (27 points) in 14 WHL playoff games as Tri-City advanced to the third round before falling to Everett. A third-round selection, 67thoverall, by the Hurricanes in the 2017 NHL Draft, Geekie completed his junior career with 78 goals and 124 assists (202 points) in 216 career WHL regular-season games, all with Tri-City.