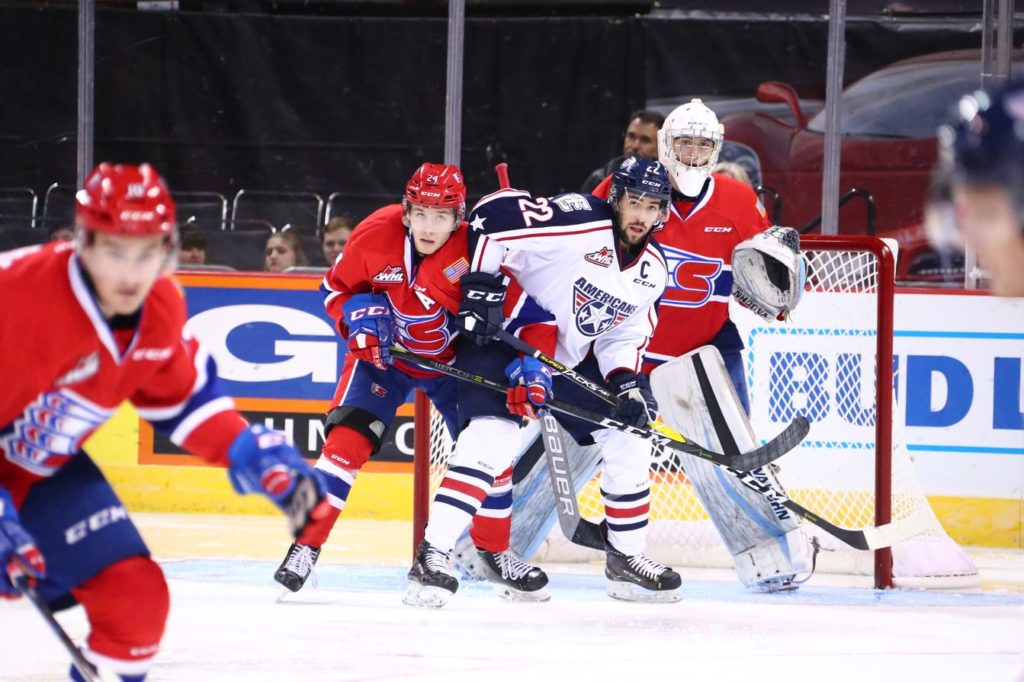 The Tri-City Americans extended their win streak to five games on Saturday night in Spokane.

Spokane opened scoring at 14:56 first period with a goal from Jaret Anderson-Dolan, his first of the season. Anderon-Dolan was reassigned to the Chiefs from the LA Kings on October 22. Luke Toporowski scored off a pass from Ty Smith at 18:59 giving the Chiefs a 2-0 lead to end the first period. Tri-City was out shot 10-8.

Ethan MacIndoe received a double-minor for boarding Americans defenseman Roman Kalinichenko 59-seconds into the second period. Parker AuCoin capitalized on man-advantage with a redirected shot from Nolan Yaremko to get Tri-City on the board. The goal came at 1:10. Both teams had 11 shots in the second period. 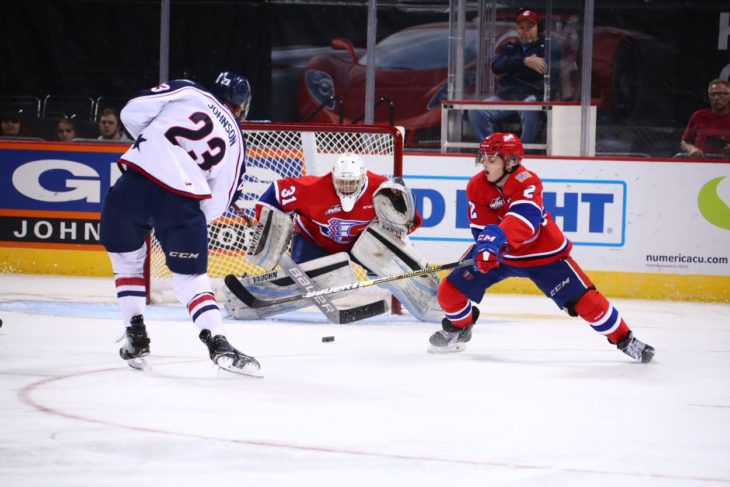 Brett Clayton tied the game for the Americans at 4:40 third period, his second of the season, assisted by Riley Sawchuk and Sasha Mutala. Spokane took back the lead at 7:39 with Anderson-Dolan’s second goal of the night.

The Americans tied the game again at 9:59 with a goal from Mutala, assisted by Tom Cadieux. Tri-City’s game-winning goal came from Isaac Johnson at 15:32, assisted by Kalinichenko and Yaremko.