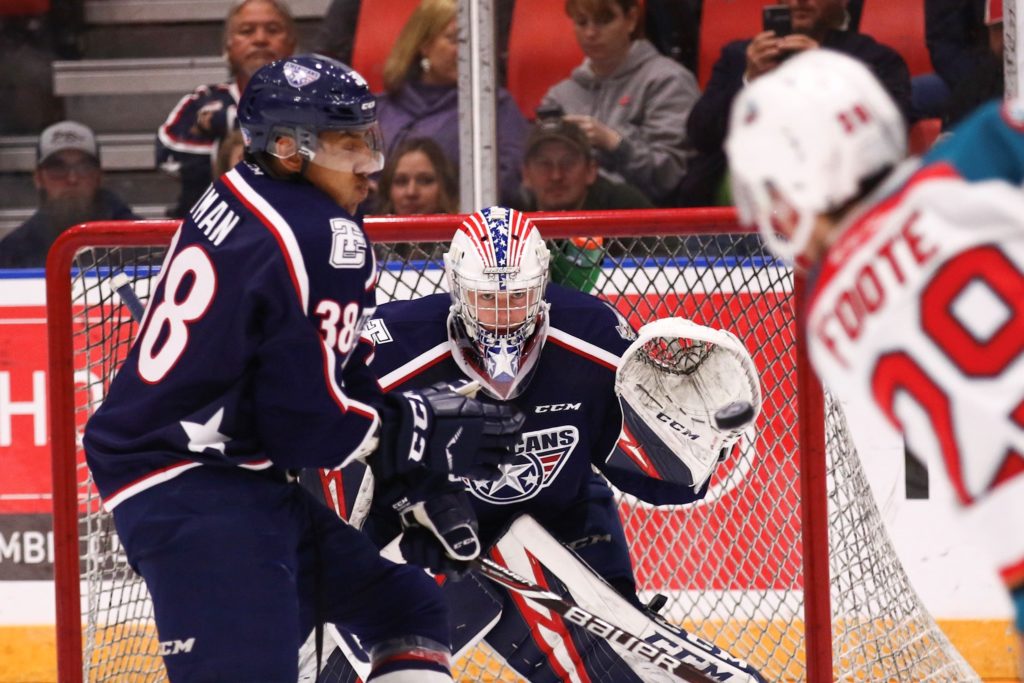 Tri-City Americans were the first to score tonight in the first at 16:00 against the Kelowna Rockets.  Kyle Olson put the team on the board with the assist of Nolan Yaremko and Isaac Johnson.

The Rockets scored 2 of their 3 goals tonight in the second. The first came from Leif Mattson at 5:58 assisted by Nolan Foote. Kyle Crosbie scored the second at 15:39 with the help of Dallon Wilton.

The American pushed through and Krystof Hrabik tied the game up with only 10.2 seconds left in the third.

Overtime didn’t last much. The Rockets, Mattson, scored the game winning point 20 seconds into over time.

The Americans next home game will be against the Seattle Thunderbirds Friday, Dec. 7.