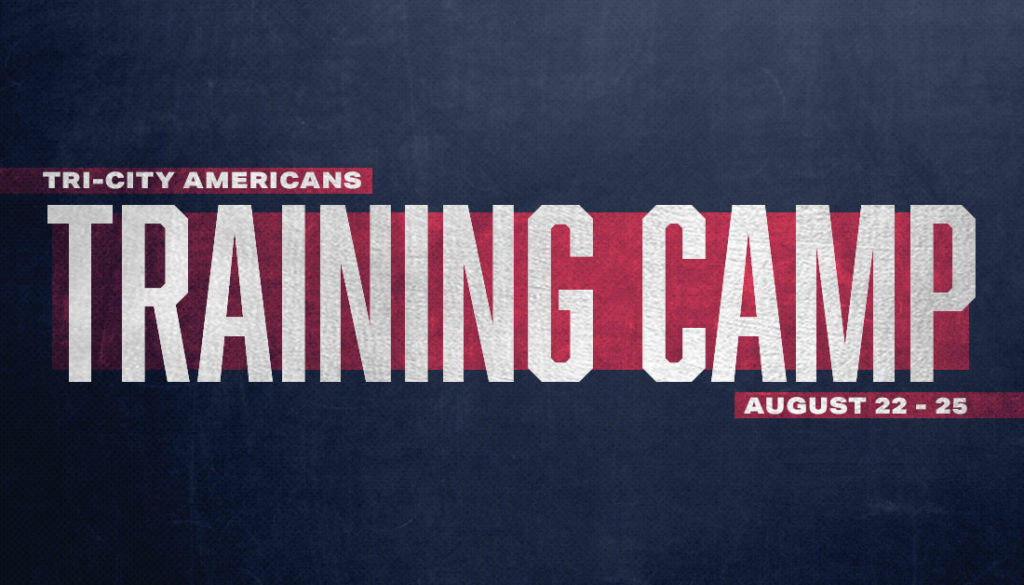 KENNEWICK, WA – Tri-City Americans General Manager Bob Tory announced today the full schedule for the Americans’ 2019 training camp. The camp will begin on Thursday, August 22nd and conclude on Sunday, August 25th with the annual Blue vs. White Game. All practices, scrimmages, and the Blue vs. White Game will be held at the Toyota Center and are open to the public free of charge. The Americans’ training camp roster will be released prior to the start of camp.

Tri-City kicks off their 2019 preseason the week following training camp in Everett for a three-day tournament at Angels of the Winds Arena. The 2019 Red Lion Preseason Tournament hosted by the Americans will take place September 5 – 7 at the Toyota Center. Click here for more preseason details.

All sessions at the Toyota Center

Single game tickets for all 34 of the Americans home games will go on sale this Thursday at noon. You will be able to purchase tickets in-person at the Toyota Center Box Office and online from Ticketmaster. Season ticket memberships are available now. Get more season ticket information on our website here or talk with a ticket representative at 509-736-0606.