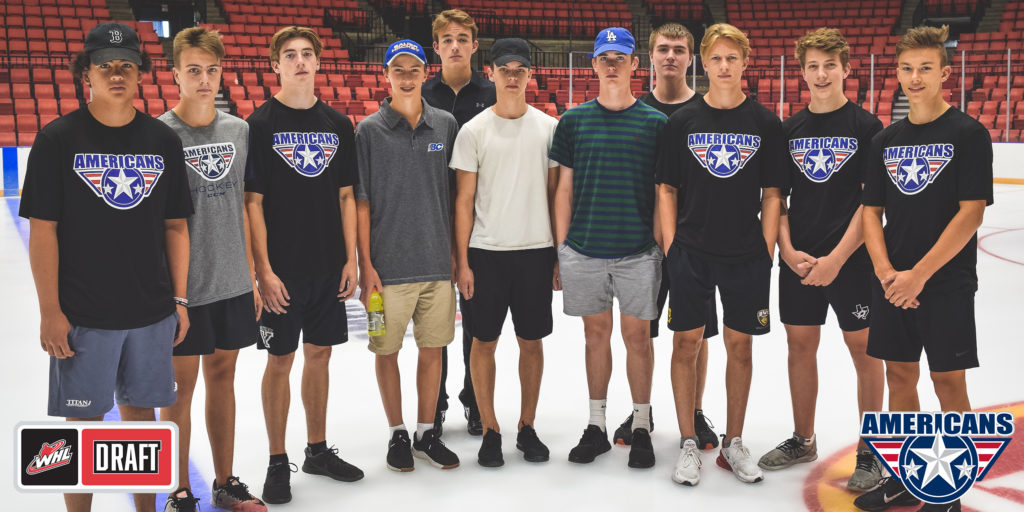 The Western Hockey League will conduct the 2020 WHL Bantam Draft online beginning at 9 a.m. PT on Wednesday, April 22, 2020. Real-time results will be available at WHL.ca/draft.

The Americans hold the fourth-overall pick in the draft following the conclusion of the WHL Bantam Draft Lottery on March 25. The complete selection order for each round can be found at WHL.ca/draft.

Tri-City made ten total selections in the 2019 WHL Bantam Draft including seven forwards and three defensemen. During the past year three of those prospects have signed a WHL Standard Player Agreement with the Club. 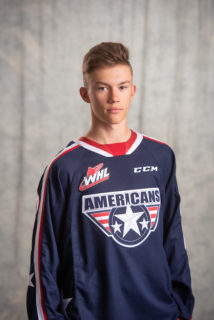 The Americans used their first pick in the 2019 WHL Bantam Draft to select Rhett Melnyk at 33rd overall. The 5-foot-10 and 165-pound forward from Fort Saskatchewan, AB played in the ABMHL last season with the Fort Saskatchewan Rangers Bantam AAA. Melnyk finished the regular season tied for second in AMBHL scoring with 74 points (35 goals and 39 assists). He was also named the league’s Top Forward in the North. His success continued into the post-season where he won a provincial championship with the Rangers. In 13 post-season games, Melnyk added five goals and 15 assists for 20 points.

This year Melnyk moved on to play Midget in the AMHL. Through 31 games played with the Fort Saskatchewan Rangers he collected 11 goals and 20 assists for 31 points. Melnyk once again made a championship appearance with his team. Before the AMHL championship was cancelled, Melnyk contributed five goals and eight assists for 13 points through 13 post-season games.

Melnyk joined the Americans on the road in January and played his first three WHL games. 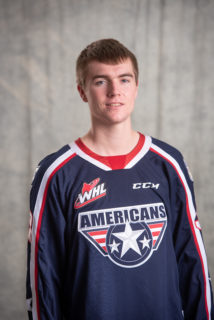 Selecting another forward from the AMBHL, the Americans took Jake Sloan at 55th overall in the 2019 WHL Bantam Draft. The 6-foot-3 and 190-pound native of Leduc, AB played last season with the Leduc Oil Kings Bantam AAA. In 33 games played, Sloan finished the season tied with Melnyk for second in AMBHL scoring with 74 points (40 goals and 34 assists). He was named the league’s Most Valuable Player for the 2018-19 season.

Sloan made a successful transition to the AMHL this year where he put up 36 points (17 goals an 19 assists) through 31 games played.

At the conclusion of his Midget season, Sloan joined the Americans and played his first two games with the team. He made his WHL debut in Swift Current where he collected his first point. 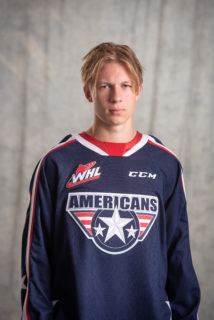 With a pick acquired on draft day from the Winnipeg ICE, the Americans took forward Max Borovinsky from Burnaby Winter Club at 81st overall. Borovinsky, a 6-foot and 161-pound native of West Vancouver, BC, collected 26 points (7 goals and 19 assists) in his draft year with Burnaby Winter Club Bantam Prep.

This season he moved up to Midget and matched his point production from last season with 12 goals and 14 assists for 26 points. He added two points in two playoff games with his team before the CSSHL Championship was cancelled. 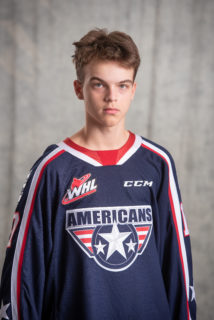 Tri-City selected another forward in the fifth round with Mateo Sjoberg at 97th overall. Five-foot-11 and 161-pounds, Sjoberg played his Bantam season with Delta Hockey Academy and totaled 19 points (seven goals and 12 assists) through 30 games played.

A Surrey, BC-native, Sjoberg played this season in the BCMMHL with the West Valley Giants. Through 37 games played he collected four goals and nine assists for 13 points. 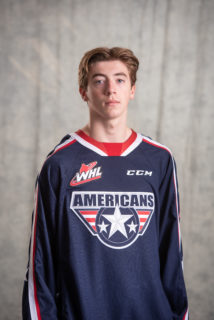 The Americans used their sixth-round pick to select their first defenseman in the draft. Ben Feenan was selected 121st overall from Yale Hockey Academy. During his draft year he averaged nearly a point-per-game with 28 points (seven goals and 21 assists) in 29 games.

Feenan continued to impress Tri-City’s scouts this season. In a successful transition to Midget, he led his team’s 2004-born defenseman in scoring with 18 points (three goals and 15 assists) in 34 games.

The 6-foot and 161-pound native of Surrey, BC joined the Americans during their January road trip and played three games with the team. 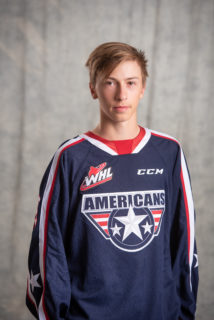 The Americans continued to add offensive talent to their prospects list with forward Tyson Dyck at 143rd overall. Hailing from the Burnaby Winter Club program, Dyck collected 54 points (25 goals and 29 assists) through 30 games played in his Bantam season.

This year he led Burnaby Winter Club Midget Prep in scoring with 40 points (21 goals and 19 assists). In two post-season games, he added one goal and two assists. 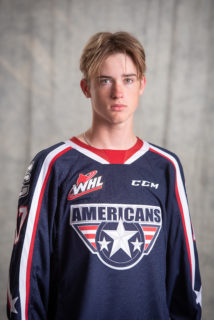 This year he moved the BCMML and joined the Vancouver NE Chiefs. Through 37 games played he totaled two goals and five assists for seven points and 52 penalty minutes. 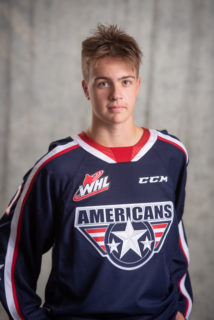 Tri-City’s scouting staff added a third and final defenseman to their 2019 WHL Bantam Draft class with Easton Sandberg at 187th overall. The 5-foot-11 and 161-pound native of Nanaimo, BC played his 2018-19 season with the Nanaimo Clippers Bantam Tier 1. Through 28 games, he produced 15 points (six goals and nine assists) for the Clippers.

This season he joined West Van Academy Midget Prep where he totaled one goal, five assists, and 28 penalty minutes through 36 games. 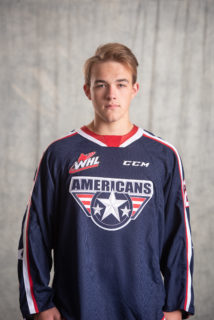 In round 10, the Americans select Shawn Paul St. Arnaud from the Okanagan Hockey Academy. The Westlock, AB-native collected 16 points (seven goals and nine assists) for his Bantam team through 28 games played.

He joined Okanagan Hockey Academy Elite 15s this season and upped his point production to nine goals and 11 assists for 20 points in 29 games. 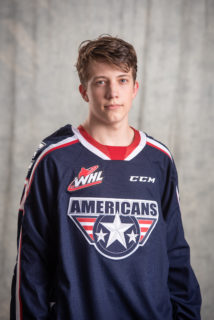 With their final selection in the 2019 WHL Bantam Draft, the Americans selected their only US-born player in the draft with Elouann Lemonnier. Lemonnier played with the Dallas Stars Bantam Major AAA for the 2018-19 season and totaled two goals, one assist, and four penalty minutes through 12 games with his team.

The forward moved up to the Dallas Stars U16 team this season and made an impact as the fourth highest scoring skater on his team. Through 22 games played, Lemonnier contributed seven goals and eight points for 15 assists.