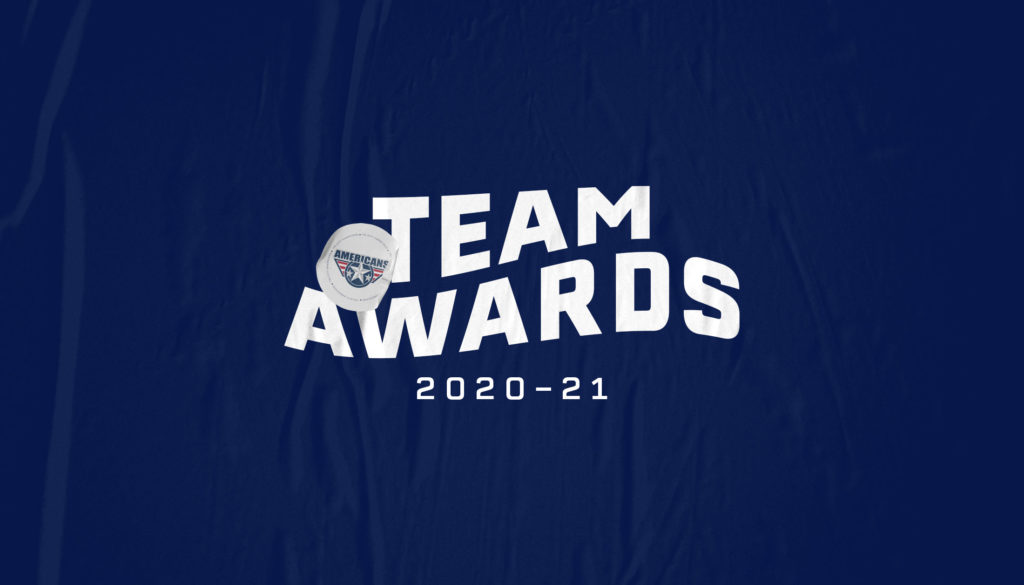 Jack in the Box 3 Stars Award

The Americans defenseman wrapped up his WHL career with a strong final season. Serving as the Americans captain this season, Zazula led the team’s defenseman in scoring with four goals and five assists. He received the 2020-21 Jack in the Box 3 Stars Award for receiving the most post-game Three Stars awards. Through 18 games played this season, Luke received a Three Stars award five times including being named First Star three times.

Congratulations to Luke Zazula on receiving the 2020-21 Jack in the Box Three Stars Award! pic.twitter.com/qTqEK3wDtl

SunWest Sportswear Rookie Of The Year

Jake Sloan was named the Americans’ 2020-21 SunWest Sportswear Rookie of the Year. The rookie forward started the season strong as he scored the Americans first goal of the season, his WHL first, on March 18 against Portland. Sloan led all of Tri-City’s rookies in scoring with four goals and five assists. With nine points in 18 games, Sloan was tied for fourth in team scoring. Sloan was selected by Tri-City in the third-round (55th overall) of the 2019 WHL Bantam Draft.

With four goals and five assists through 18 games, Jake Sloan is our SunWest Sportswear Rookie of the Year!

2021 NHL Draft prospect Marc Lajoie received two awards as the Local Union 598 Hardest Working Player and Berkshire Hathaway Defensive Player of the Year. The six-foot-five and 220-pound defenseman recorded one goal and five assists while putting up big minutes defending the Americans blue line this season. He is ranked #145th overall by the NHL Central Scouting for the upcoming draft on July 23-24.

Our 2020-21 Berkshire Hathaway HomeServices Defensive Player of the Year is Marc Lajoie.

Colorado Avalanche prospect Sasha Mutala was once again a star for the Americans. For the second year in a row, the two-way forward led the Americans in scoring and was named the Gerber Collision & Glass Offensive Player of the Year. Mutala finished the season with six goals and 14 assists through 19 games.

He also led the team with a plus-minus rating of +7, earning him the team’s Plus-Minus Award. With the WHL season complete, Mutala is currently with the Avalanche’s ECHL affiliate the Utah Grizzlies.

With six goals and 14 assists, Sasha Mutala is our 2020-21 Gerber Collision & Glass Offensive Player of the Year!

Sam Huo had a stand-out season with the Amerians and is the team’s 2020-21 MVP. The 19-year-old forward totaled nine goals and ten assists through 18 games played. At 1.06 points per game, Huo’s scoring average more than doubled over last season. The six-foot-five and 210-pound native of Richmond, BC showed up at big moments for the Americans. Of his nine goals, two here overtime game-winners and two were scored shorthanded.

While playing big minutes for the Americans, Huo only totaled 20 penalty minutes all season. He is the Red Lion Hotels – Columbia Center Most Sportsmanlike Player for the second year in a row.

His success on the ice continued in the classroom earning him the Les Schwab Scholastic Player of the Year award. Even during this challenging season, Huo prioritized his education and received an 87% in his university Economics class.

Wrapping up our 2020-21 awards with Most Valuable Player @samhuo1.