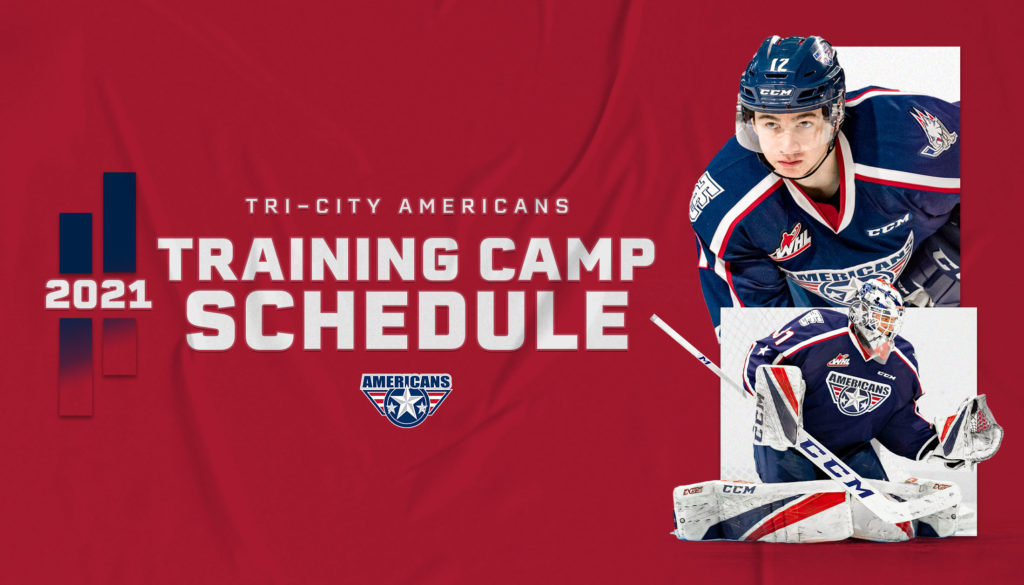 KENNEWICK, WA – Tri-City Americans General Manager Bob Tory announced today the full schedule for the Americans’ 2021 training camp. The camp will begin on Thursday, September 2nd and conclude on Monday, September 6th with the annual Blue vs. White Game. All practices, scrimmages, and the Blue vs. White Game will be held at the Toyota Arena and are open to the public free of charge. The Americans’ training camp roster will be released prior to the start of camp.

Tri-City kicks off their 2021 preseason the weekend following training camp in Everett for a tournament at Angels of the Winds Arena. The 2021 Red Lion Preseason Tournament hosted by the Americans will take place September 17 – 19 at the Toyota Arena. Click here for more preseason details.

All sessions at the Toyota Arena