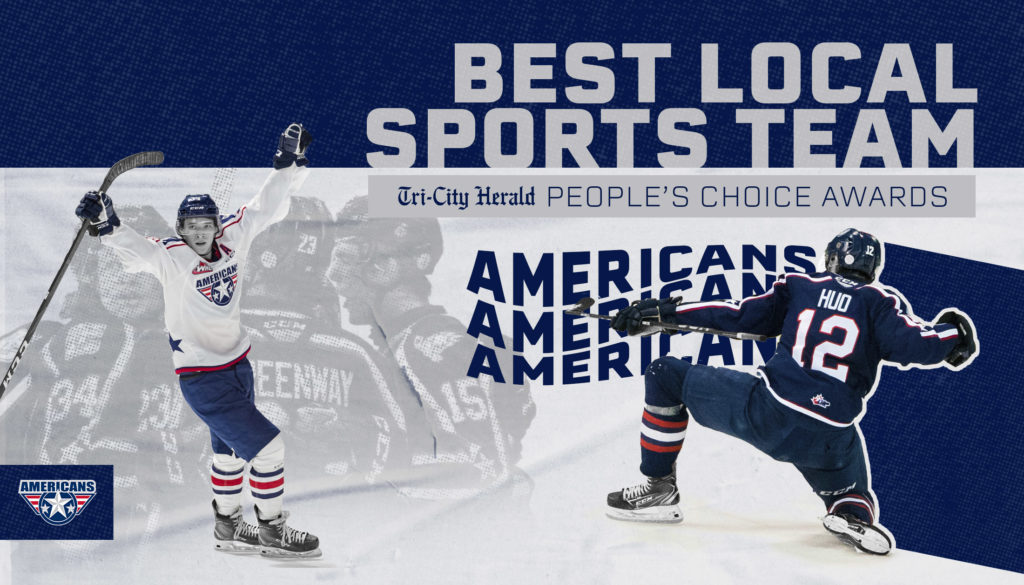 The Tri-City Americans are the longest running sports franchise in the area and they have earned the respect of the local sports fans for the fourth year in a row.

“It’s exciting,” Americans owner and general manager Bob Tory said. “It’s much more than hockey. We take pride in being part of the community. We are more than a sports team, we are a symbol of our community.”

The Americans were able to play a shortened season this spring with limited attendance yet the fans remained loyal.

“Our fans have been supportive,” Tory said. “We appreciate that.”

The Americans play in the Western Hockey League, one of the premier junior hockey leagues in North America. They have turned out NHL players such as Olie Kolzig, Stu Barnes, Carey Price, Brian Boucher and Brandon Carlo.

Over the past 16 years, they have raised more than $260,000 for the Tri-Cities Cancer Center Foundation.

“It’s a big thing,” Tory said of being part of the community. “It makes us take a look at things that are important. We want to be appreciative of where we live.”