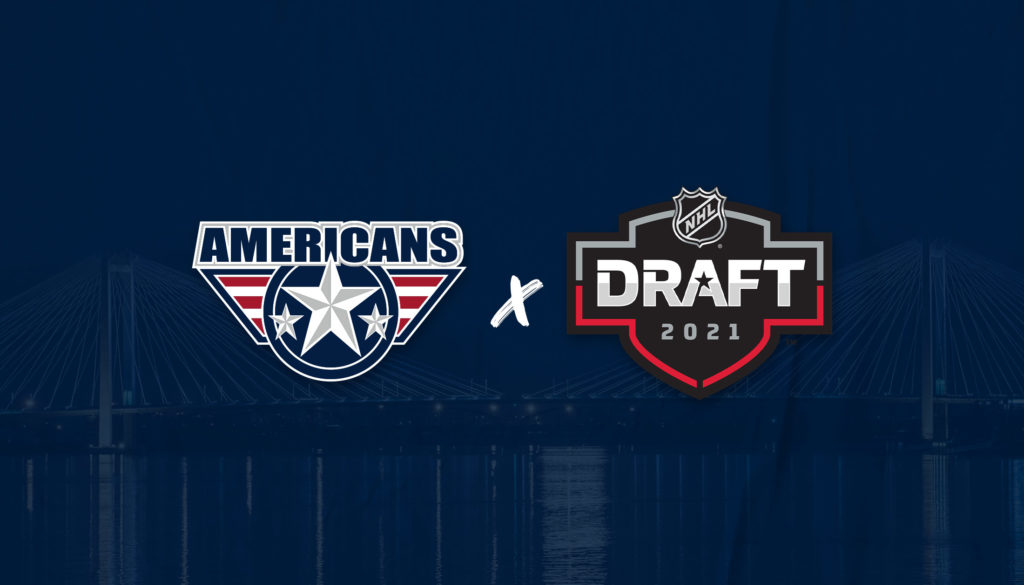 Boyko, a native of Drumheller, Alta., was selected by Tri-City 53rd overall in the 2017 WHL Bantam Draft. The six-foot-eight and 196-pound netminder is ranked 12th amongst North Americans goaltenders for the NHL Draft.

As a late 2002-born player, Boyko is eligible to be selected for the first time in the 2021 NHL Draft.

Lajoie was Tri-City’s first selection at 14th overall in the 2018 WHL Bantam Draft. The six-foot-five and 220-pound defenseman has totaled 18 points (nine goals, nine assists) and 90 penalty minutes through 82 games played over two seasons. Lajoie’s ability stood out on the Americans blueline during the 2020-21 season as he was named the Ams Defenseman of the Year.

Hailing from the Czech Republic, Moravec and Suchanek are both ranked as international prospects. The two CHL Import Draft selections recently signed with the Americans and will join the team this fall.

The Americans selected Moravec, a six-foot and 181-pound right-winger, in the 2021 CHL Import Draft with the 57th overall pick. NHL Central Scouting ranks him at 82nd amongst international skaters. He played last season in the Czech2 league with HC Stadion Litomerice. He recorded one goal and three assists in ten games played. He also played in the Czech U20 league with HK Hradec Kralove where he contributed one goal and three assists through four games.

Suchanek, six-foot-one and 175-pound netminder, was selected by Tri-City seventh overall in the 2020 CHL Import Draft. He is ranked sixth amongst international goaltenders on NHL Central Scouting’s List. Suchanek played the 2020-21 season with HC Frydek-Mistek in the 2nd Czech Republic Hockey League. He recorded a .908 save percentage and 3.12 goals against average through 21 games played this season.