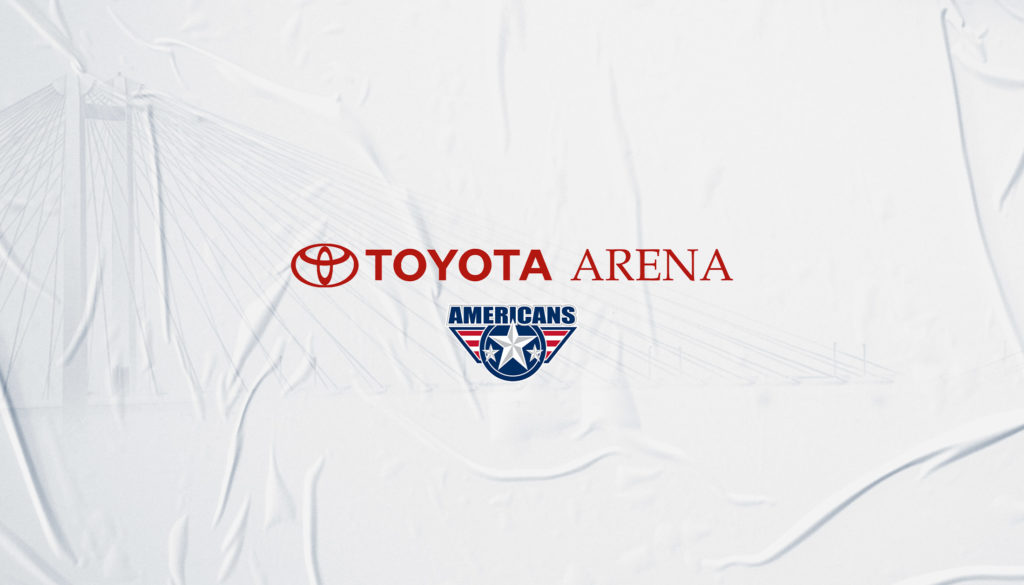 KENNEWICK, WA – For this year only the Americans’ annual Red Lion Preseason Tournament will take place in the Toyota Arena.

The Toyota Center, where the tournament is traditionally held, is hosting the PBR Pendleton Whisky Velocity Tour on September 10th & 11th and will not be able to install ice until after the event. The event will give the Toyota Center an opportunity to bring in revenue and help offset financial loss from the past two years. The Americans look forward to the Red Lion Preseason Tournament returning to the Toyota Center in 2022.

As previously announced, the Red Lion Preseason Tournament will take place Friday, September 17 – 19. Tickets will go on sale Monday, August 23 online through Ticketmaster. After Labor Day, they will be available at the Toyota Center Box Office or upon entrance at the tournament. A one-day ticket will cost $12 and is valid for both games that day. There will be a limit of 400 tickets per day. Tickets are not included in Season Ticket packages due to the limited number of seats.

The Toyota Center ice will be installed and ready for hockey by late September. The Americans anticipate playing their final game of the exhibition season at the Toyota Center on September 25th against the Spokane Chiefs.

Season Tickets are on sale now. CLICK HERE for more information or to secure your seat with a deposit.