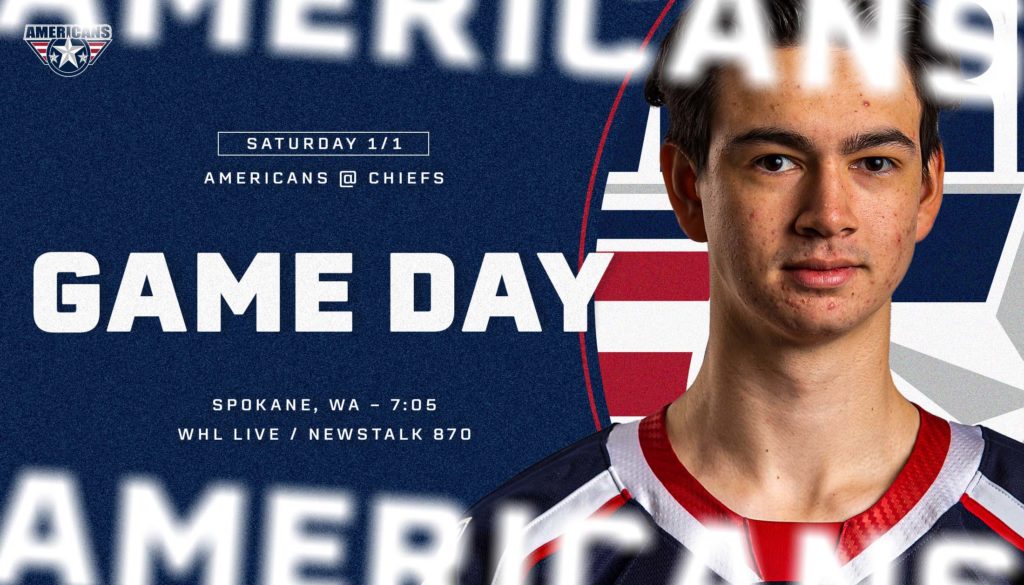 The Americans will wrap up a home-and-home weekend with the Chiefs tonight in Spokane.

Tonight will be the sixth meeting in a 14-game season series between the two teams. Tri-City won their first game against Chiefs this season in Spokane and has fell in the four most recent meetings. The away team has taken victory in the first five games between Spokane and Tri-City this season. This will be Tri-City’s first trip back to Spokane since their opening weekend win on October 2.

Luke Toporowski leads head-to-head scoring with six goals and four assists against the Americans. Bear Hughes, Blake Swetlikoff, and Cordel Larson each have six points in the series. For Tri-City, Parker Bell and Dwayne Jean Jr. each have two goals and two assists.

The two teams played last night at the Toyota Center. The Ams scored once in each three periods but were unable to overcome Spokane’s hot start, falling 7-3.

Spokane opened the game with a flurry of goals, holding a 3-0 lead midway through the first period. Tri-City went on to score once in each period with goals from Parker Bell, Jake Sloan, and Dwayne Jean Jr. Rhett Melnyk had two points with assists on Bell and Jean Jr.’s goals for the third multi-point game of his career. Sam Huo is now on a four game point streak with the primary assist on Jake Sloan’s goal, Huo has two goals and six assists over that period. Nick Avakyan started in net for the second time this week, the rookie netminder stopped 25 of 31 shots faced.