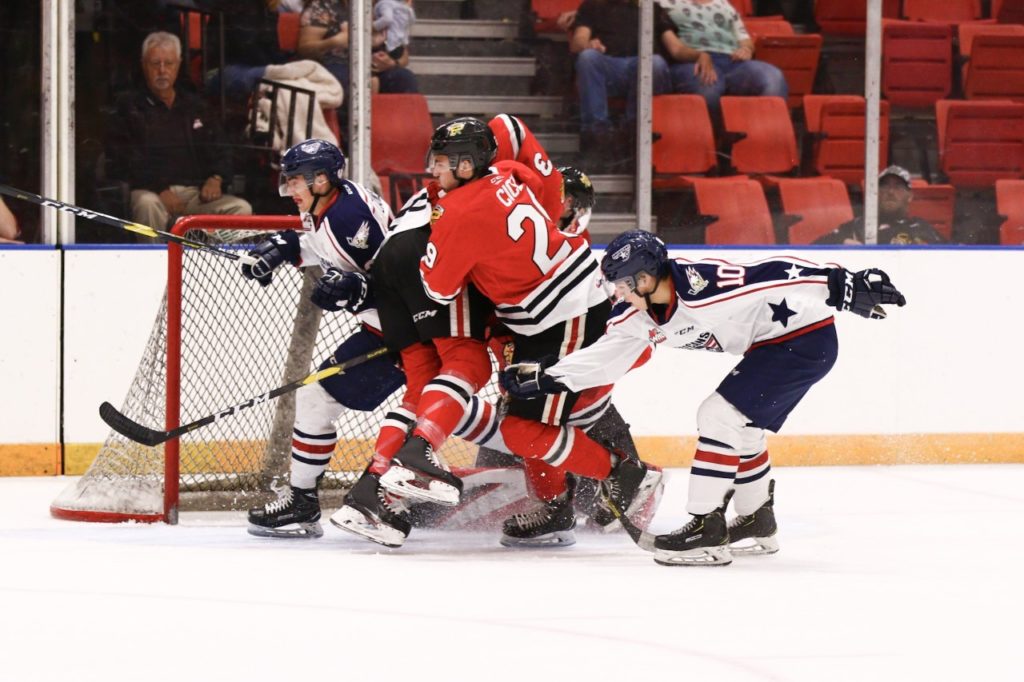 The Americans matched up against the Portland Winterhawks to open the 2019 Red Lion Preseason Tournament today at the Toyota Center. Following a victory over Portland on Sunday in Everett, Tri-City again was able to overcome the Winterhawks.

The game remained tied at one until 6:35  second period when Portland took a 2-1 lead. Tri-City responded with their second and third straight power play goals to take their first lead of the evening.

Tri-City finished the game 3/5 on the power play while Portland was 1/5 with a man-advantage.

Portland tied the game once more at 7:30 third period, but the Americans were able to add two final goals and seal a 5-3 victory.

Bouchard tallied the game-winning goal after finding a loose puck around the net. The insurance marker came from Sam Huo on a breakaway off a stretch pass from Landon Roberts.

Talyn Boyko, entering his second season in Tri-City, stopped 33 of 36 shots faced tonight. The Americans were out shot by Portland 36-22.

Action returns to the Toyota Center tomorrow for day two of the 2019 Red Lion Preseason Tournament. Game two will be between Portland and Spokane at 3:00 PM. The Americans will then take on the Seattle Thunderbirds at 7:05.