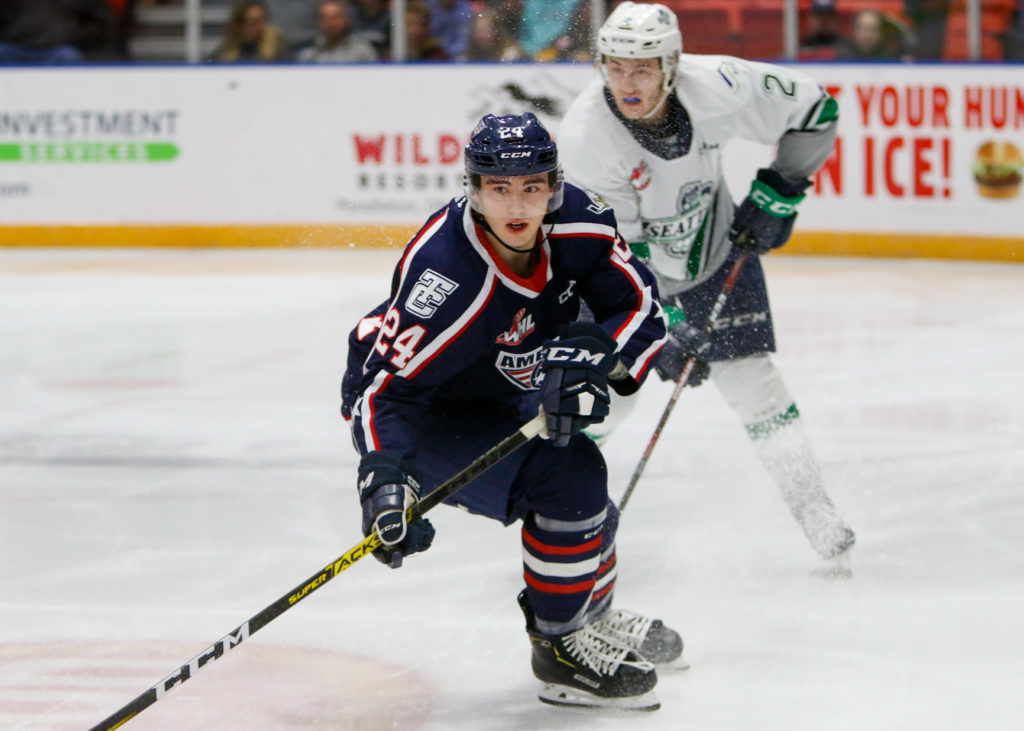 The Americans and Thunderbirds matched up tonight at the Toyota Center. Tri-City took a 5-2 victory in the close fought game, extending their season record against Seattle to 3-0-0-0.

Sam Stewart added a second for Tri-City, unassisted, giving the Americans a 2-1 lead heading into the second intermission. Stewart’s goal marks his first in the WHL regular season.

Andrej Kukuca kept the Thunderbirds in the game with a power play goal just 51 seconds into the third period. A minute later Paycen Bjorklund added another for the Americans, giving Tri-City tonight’s final lead.

Connor Bouchard and Marc Lajoie each added an empty net goal to seal a 5-2 victory for the Americans.

The Americans are back at the Toyota Center tomorrow night to take on the Vancouver Giants. It’s Total Site Services Mental Health Awareness Night. Join us for a night of hockey action and support a great cause. Tickets are available here.