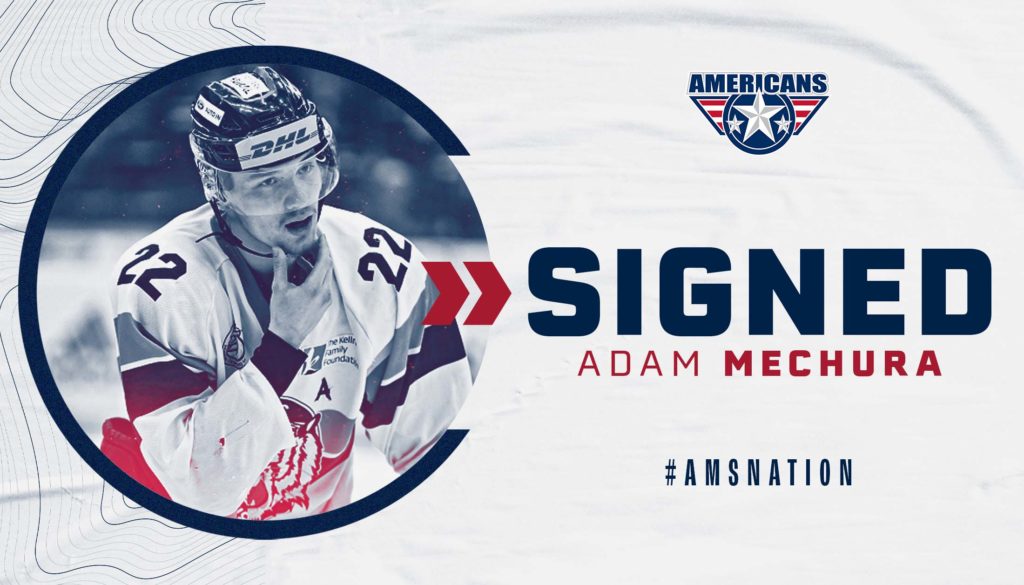 KENNEWICK, WA – Tri-City Americans General Manager Bob Tory announced today that Adam Mechura has signed a WHL Standard Player Agreement with the Americans. The 2003-born center was selected fourth-overall by Tri-City in the 2022 CHL Import Draft. He will join the Americans for the upcoming 2022-23 season.

Mechura, a six-foot-four and 200-pound native of Czechia, played last season in the Czechia U20 league for Bílí Tygři Liberec. Through 42 games played, he led his team with 54 goals and added 30 assists. He went on to contribute ten goals and four assists over 15 playoff games.

“We are excited to have Adam join our team,” said Tory. “He will provide scoring, size, and leadership to our roster.”

The 19-year-old has played in international tournaments for Czechia at the U16, U17, U18, and U19 levels. He is currently attending the Czechia U20 selection camp for the upcoming World Juniors Championship scheduled to be held from August 9 through August 20 in Edmonton, Alberta.