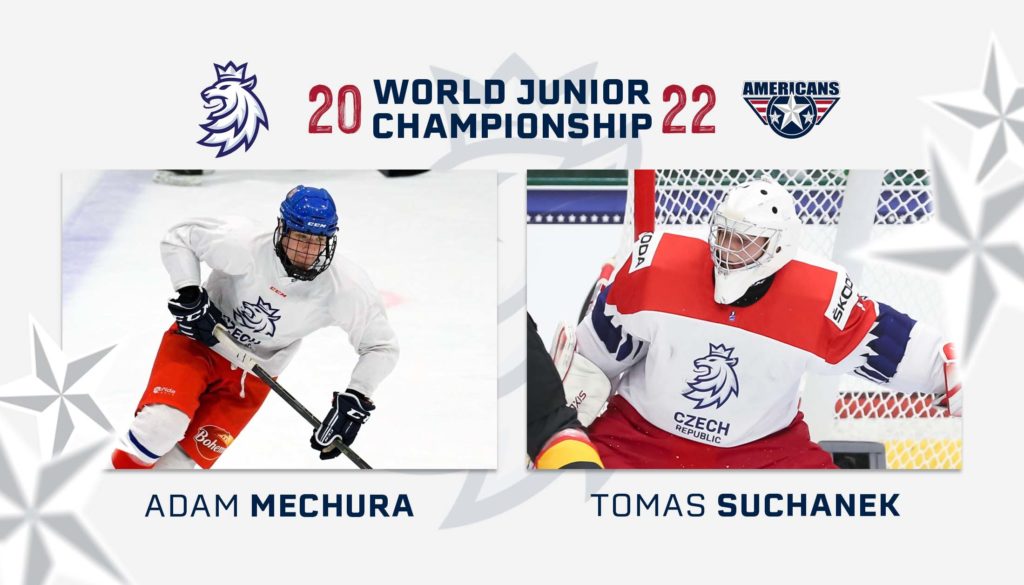 Mechura, a 2003-born center, was recently selected by the Americans fourth overall in the 2022 CHL Import Draft. The six-foot-four and 200-pound native of Pisek,Czechia played last season in the Czechia U20 league for Bílí Tygři Liberec. Through 42 games played, he led his team with 54 goals and added 30 assists. He went on to contribute ten goals and four assists over 15 playoff games. Mechura is slated to join the Americans for the 2022-23 season.

Suchanek, a 2003-born netminder, was selected by Tri-City ninth overall in the 2020 CHL Import Draft. The six-foot and 172-pounds native of Prerov, Czechia played 42 games in his first season with the Americans, averaging 3.87 goals against and a .901 save percentage. Suchanek was named the team’s Most Valuable Player for his strong rookie season performance.

Czechia will open the tournament on Tuesday, August 9 as they face off against Slovakia at 11:00 a.m. PT. Click here to view the full tournament schedule.