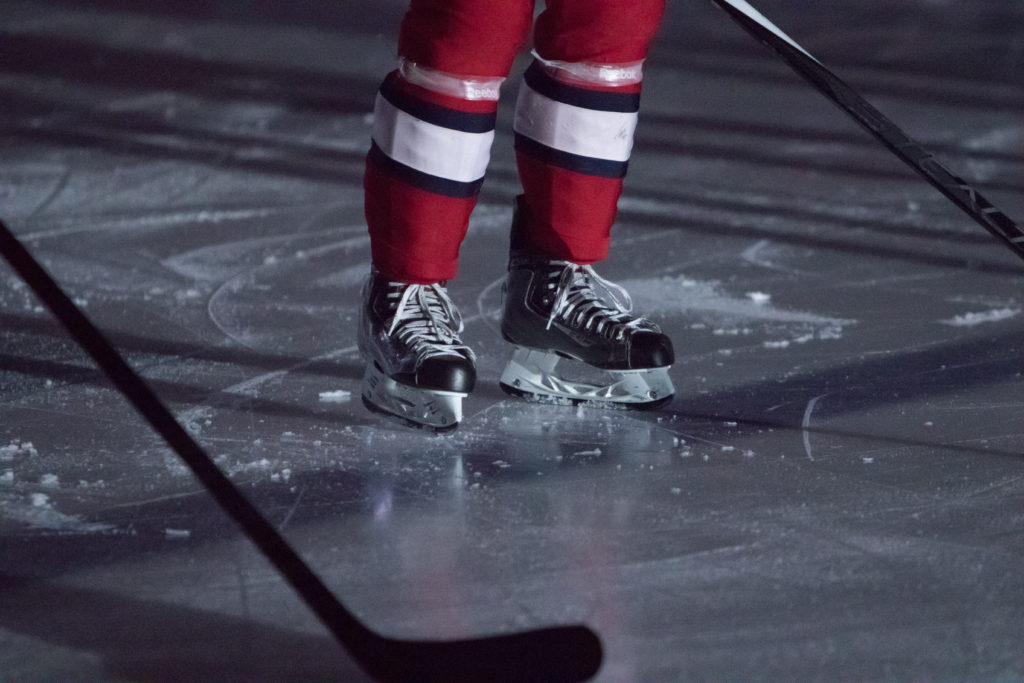 Like most Tri-City Americans alumni, Alex Aldred and Eric Johansson look back on their time with the team fondly.

“It’s a great place to play hockey. The rink is good, the fans are good, it’s professional, and we’ve had success,” said Aldred, who played center for the Americans. “It’s a good spot. It’s definitely a good spot.”

The two former Americans recently had the opportunity to return to Tri-Cities and assist the Americans coaching staff during training camp.

“It’s like a trip down memory lane,” explained Aldred. “Just thinking about all the things you used to do and wondering if you were this good.”

“I don’t remember being as good as the kids are right now.  It’s pretty impressive. I’d like to put myself back at that age and see if I could hack it. I’d be a little nervous. They seem way better than we used to be.”

Aldred spent two years (2005 – 2007) with the Americans after beginning his WHL career with the Portland Winterhawks. During his overage season (2006 – 2007) he served as captain and led Tri-City to 47 wins – a franchise first.

The following year he began playing for the University of New Brunswick where he won a CIS (Canadian Interuniversity Sport) national championship in 2009. Aldred now coaches minor hockey in his hometown of Edmonton, Alberta.

As for Johansson, who also played center, hockey has taken him a long way from Tri-Cities in the years since he last skated for the Americans.

After finishing his WHL career in 2002 Johansson was drafted by the New Jersey Devils. He spent three years with the Albany River Rats before moving to Europe in 2005.

Johansson found success in the Swedish Hockey League where he won a national championship. Since then he has played across Europe in Austria, Italy, and Germany. This past year he spent time as an assistant coach in Germany after his playing season was cut short due to injury.

He describes the transition from player to coach as “a complete 180.”

“As a point-guy you want to pass and make plays, but as a coach you want simple stuff,” Johansson said. “Just guys not forcing stuff down the middle. More simple.”

The alumni gained new perspective on coaching while helping the Americans during training camp. “We see the time commitment from the coaching staff. The behind the scenes work,” Aldred explained. “As a player you know they do a lot of work, but you definitely don’t see how long they’re at the rink for.”

The organization’s evolution has impressed Aldred and Johansson.

“As an organization I think Tri-City has come a long way over the past ten years,” Aldred said. He remembers having great resources when he played for the Americans, but has noticed the coaching, technology, and weight training have become even more elite since his time with the team. Aldred and Johansson attribute the team’s success to the current ownership and management.

Johansson’s final season with Americans coincided with Bob Tory’s first year as General Manager. “That last year was one of the most fun years I’ve had playing hockey with Bob and Troy Mick there,” Johansson said. “The level of professionalism that Bob brings is on par with NHL clubs.”

The two alumni see a bright future for the current Americans team after their time serving as assistant coaches. The alumni were surprised by the speed, shooting ability, and overall fitness of the players they watched at training camp. Overall, the WHL seems to be quicker and more competitive than when they were on the Americans roster.

“There’s been a major shift from when we played. Just on conditioning alone,” Johansson said. “Guys are carrying protein shakes around. We definitely didn’t do that,” he laughed.

Aldred speculates that many of the younger Americans players will succeed beyond the Western Hockey League, “they’re going to be in the NHL draft. We’ll see some guys that are filtering out to the pro leagues and having an impact.”

As for this season, the alumni expect the 15 and 16 year-old players to play a role in the team’s success. “They’re ready, and they’re only going to get better,” Aldred said.  “It starts with the veterans showing them the ropes and showing them what it takes.”