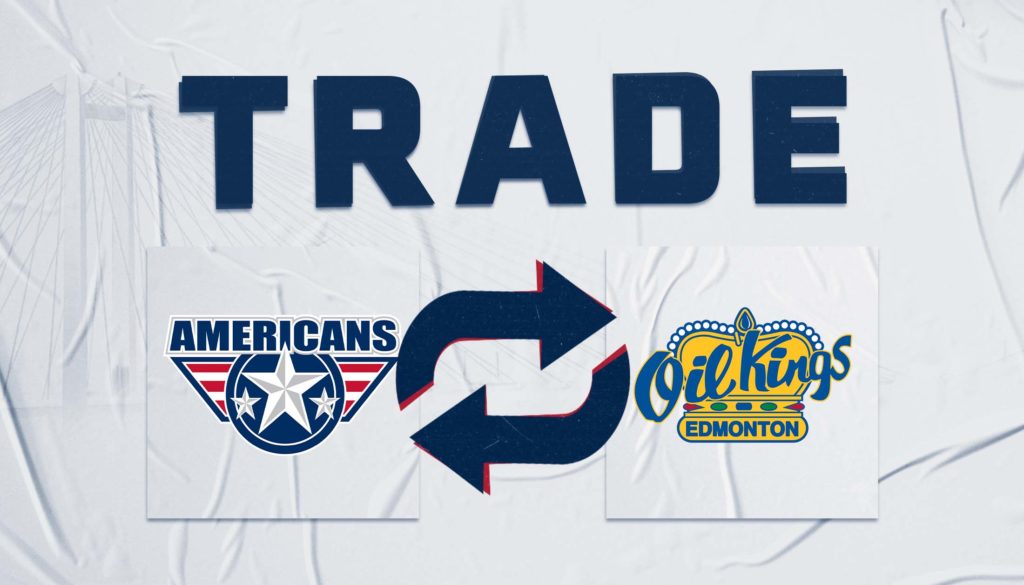 Friedt-Mohr has played 23 games in the Western Hockey League with the Spokane Chiefs and Edmonton Oil Kings. He has totaled three goals, one assist, and six penalty minutes.

“In our current situation with players out because of COVID-19 protocol and injuries, we felt it was necessary to add depth to our blue line,” said Tory. “Having played in Spokane and Edmonton, Chase is an experienced defenseman who can step right into our lineup. He also has leadership capabilities as he was captain of the 2019-20 Prince Albert Mintos U18 team.”

“We welcome Chase to the Americans family.”