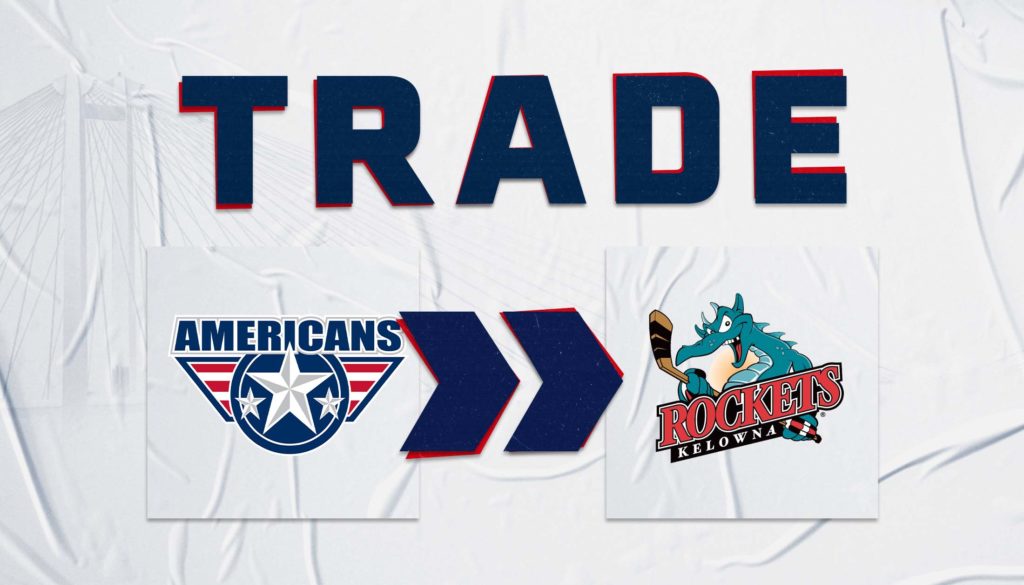 Tisdale, a native of Lethbridge, Alta., was originally selected 157th overall by the Rockets in the 2017 WHL Prospects Draft. The 5-foot-11, 170-pound goaltender holds a 5-1-1-1 record, 3.14 goals-against average, and .888 save percentage through 12 games played with the Rockets.

Tri-City returns to the Toyota Center on Saturday to take on the Portland Winterhawks. Single game tickets can be purchased at the Toyota Center Box Office or online from Ticketmaster here. For information on how you can build your own ticket package and save with Americans Flex Packs, click here!