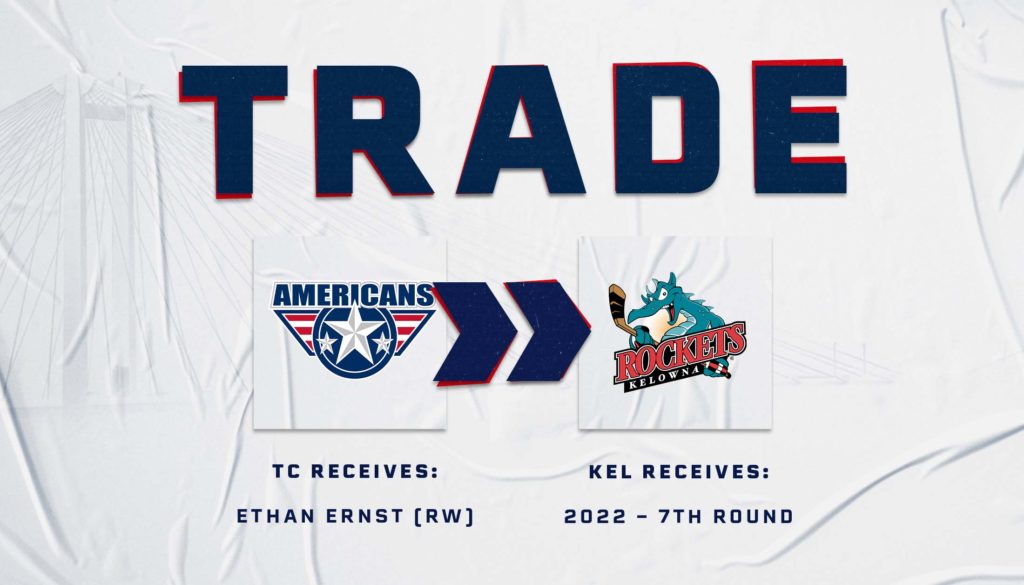 Ernst, a native of Weyburn, Sask., was selected 61st overall by the Rockets in the 2017 WHL Prospects Draft. The 5-foot-11 and 172 pound forward has totaled seven goals and 18 assists through 122 WHL games played.

“Ethan adds depth and age to our forward unit,” said Tory. “He missed last season with a wrist injury but showed potential in his 16- and 17-year-old seasons. We look forward to Ethan joining our team.”

Tri-City returns to the Toyota Center tonight to take on the Seattle Thunderbirds. Single game tickets can be purchased at the Toyota Center Box Office or online from Ticketmaster here. For information on how you can build your own ticket package and save with Americans Flex Packs, click here!