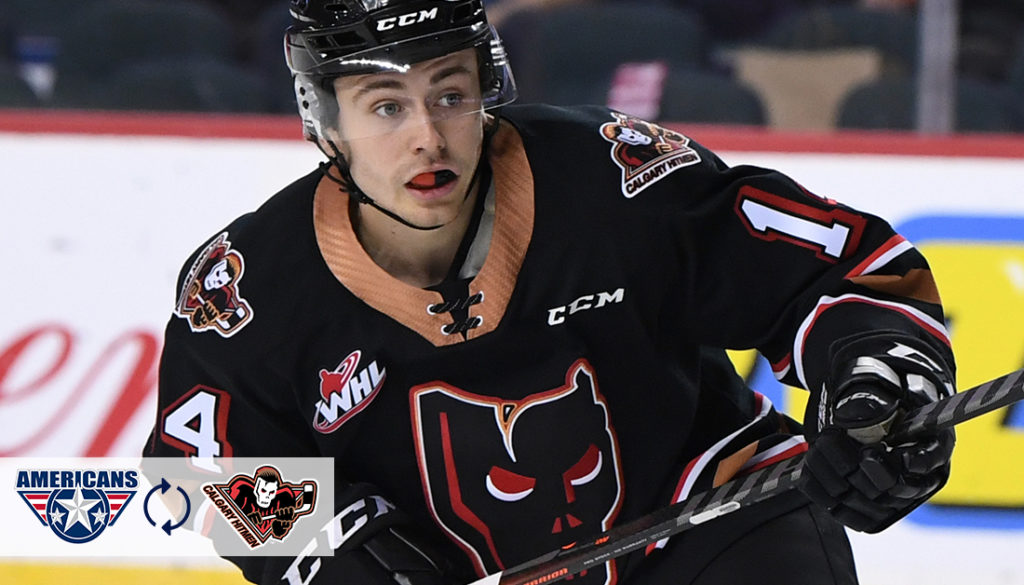 “It was hard to move Kyle as he has spent his whole career as a Tri-City American and is our team captain,” stated Tory.

“However, after evaluating our season it has become apparent that some changes were necessary. Recouping high draft picks is a very important factor for our club moving forward.”

Malm, a native of Langley, BC, was originally selected by the Vancouver Giants in the second round (44th overall) of the 2014 WHL Bantam Draft. In his 251 WHL game career, the 5-foot-9 and 165 pound forward has recorded 76 goals and 137 assists for 213 total points.

“James Malm is an experienced WHL player who has scored 200 points in his career,” stated Tory. “We welcome him to our team.”