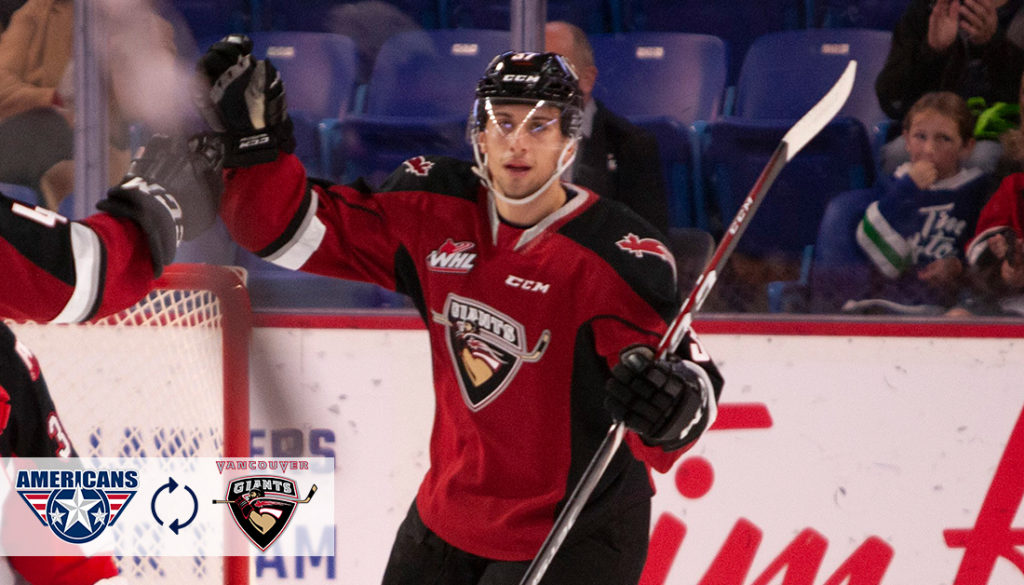 In exchange, the Americans will receive 2002-born left winger John Little and a sixth-round pick in the 2020 WHL Bantam Draft.

“John is a player we have followed since his draft year,” stated Tory. “He had a tremendous season last year in the BCHL where he put up impressive offensive numbers. We feel that there is untapped offensive upside to his game.

“We would like to welcome John and his family to the Tri-City Americans.”

“We wish Kaden all the best in Vancouver,” stated Tory.

This Friday, January 10th is the annual Military Awareness Night game at the Toyota Center. Come watch the Americans as they take on the Seattle Thunderbirds in special themed jerseys in support of our veterans and active duty military personnel. Read more about the game here.