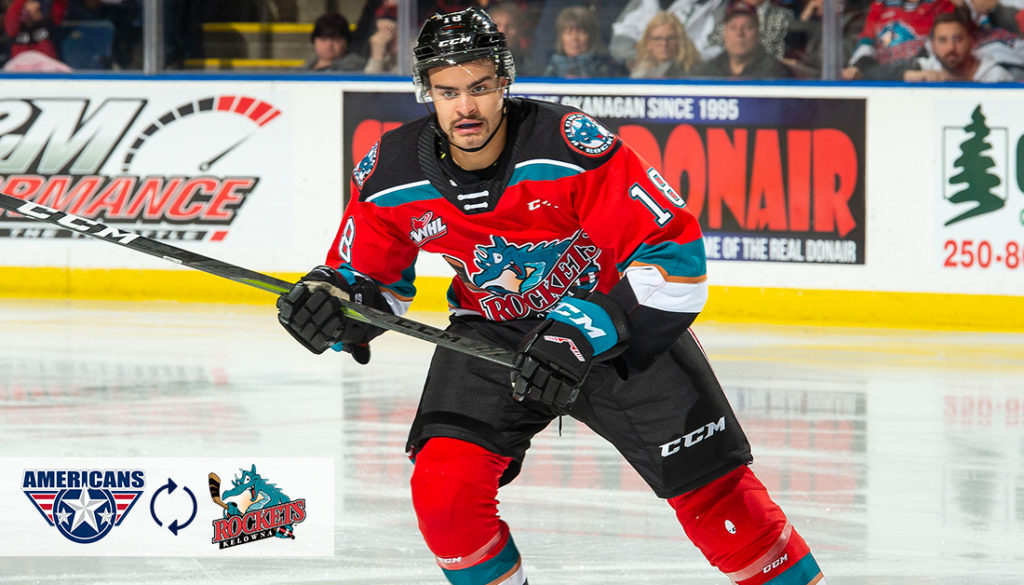 “Jadon is a skilled player with excellent speed. He has played over 200 games in the WHL and has significant playoff experience from going to the league final with Vancouver last season,” stated Tory. “He will add depth, scoring, and leadership to our group.

“We welcome Jaden to the Americans.”

Joseph has spent time with five different WHL clubs and totaled 226 games played over four seasons. Originally signed by the Lethbridge Hurricanes, the 6’1 and 172-pound forward has collected 42 goals and 77 assists for 119 points through his WHL career.