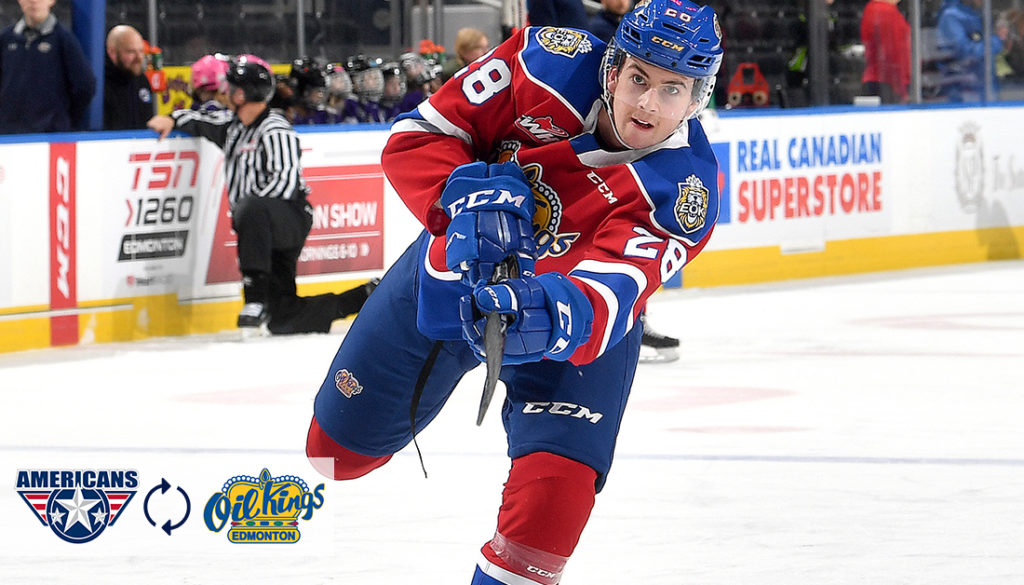 The 6’5 and 200-pound defenseman has spent the last two seasons with the Edmonton Oil Kings. In 62 games played, he has totaled one goal, six assists, and eleven penalty minutes.

Lawson is a native of Providence, Utah.

“With the season ending injury to Mitchell Brown we were down to six defensemen,” stated Tory. “Aidan will provide some depth and experience to our lineup.

“We welcome Aidan to our team and family.”