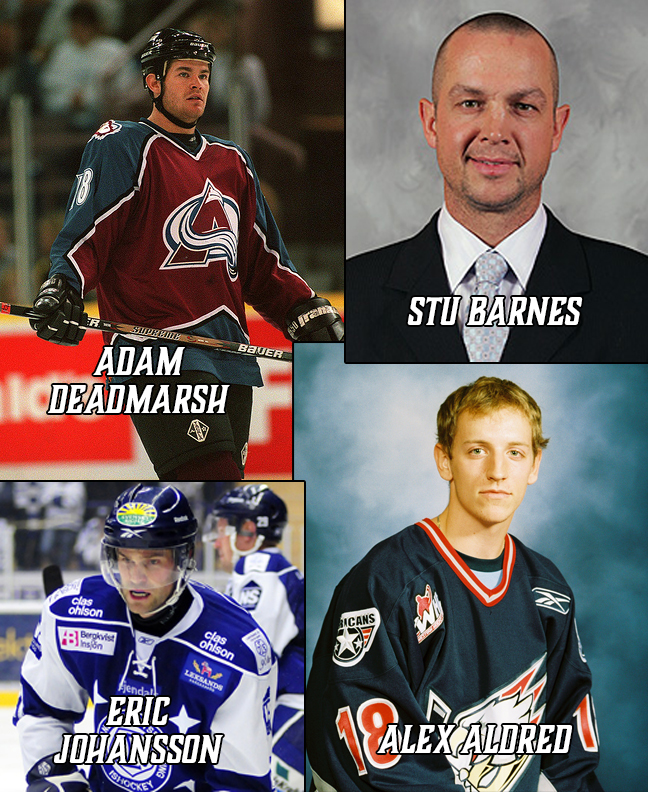 Aldred, 30, played for the Americans from 2005 through 2007, serving as team captain in his final season. Before coming to the Americans, Alex spent 3 seasons with the Portland Winterhawks. At the conclusion of his Americans career, Alex then went on to have a fine career at the University of New Brunswick where he utilized his WHL scholarship to play CIS hockey.

Johansson, 34 played for the Americans from 1997 through 2002. He went on to have a 16 year professional career in the AHL and then on to Europe.

“Having guest coaches at training camp is a common practice in professional football. With our large rosters during training camp, this approach gives our players more one on one interaction with our coaching staff. This is also an opportunity for both former players [Aldred and Johansson] to grow and gain experience as coaches as they both transition into coaching in the future,” stated Tory.

Barnes, 45 played for the Americans from 1988 through 1990 before going on to a lengthy, 20 year NHL career. He is also one of the Tri-City Americans co-owners. Stu is presently coaching at the Okanagan Hockey Academy in Penticton, BC.

Stu’s son Jack, an Americans draft pick, will be attending his second training camp with the Americans after playing last year at Okanagan Hockey Academy Midget Prep where he accounted for 9 goals and 24 assists in 58 games.

Deadmarsh, 41, played four years in the WHL with the Portland Winterhawks before going on to a 10 year NHL career, winning the Stanley Cup with the Colorado Avalanche. “Adam is one of the first players I scouted when I started in the hockey business and is a former teammate of head coach, Mike Williamson,” said Tory.