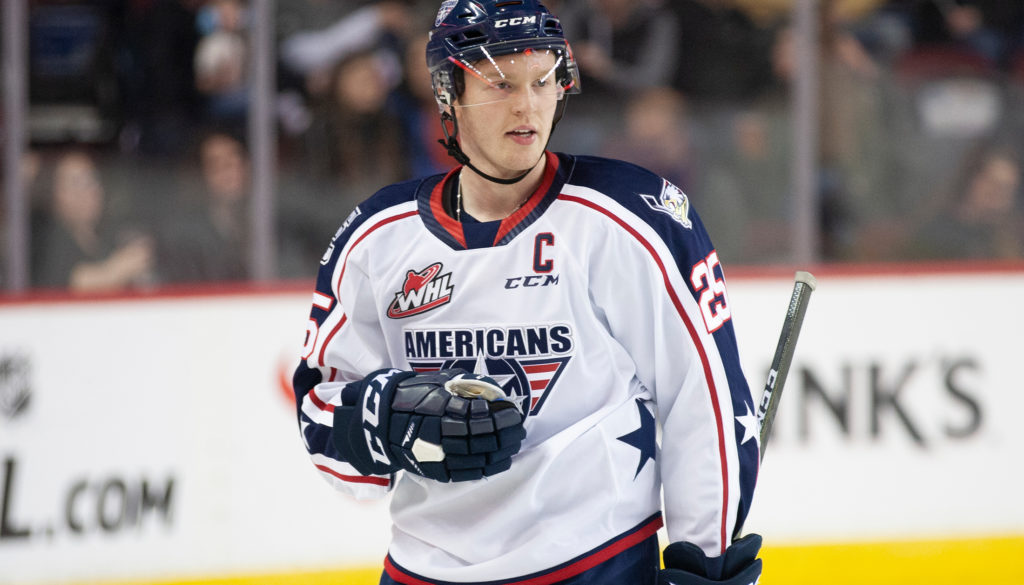 Former Americans forward Kyle Olson has signed an American Hockey League contract with the Wilkes-Barre/Scranton Penguins for the 2020-21 season.

Olson was selected in the third round (45th overall) by the Americans in the 2014 WHL Bantam Draft. The Calgary, AB native played 205 games with Tri-City totaling 53 goals, 116 assists, and 257 penalty minutes. Olson wrapped up his WHL career with the Calgary Hitmen at the end of the 2019-20 season. He added eight goals, 10 assists, and 36 penalty minutes in 14 games played with the Hitmen.

Olson also served as captain of the Americans during his last season with the club.

The 21-year-old will report report to the Penguins’ ECHL affiliate, the Wheeling Nailers, for its training camp immediately after undergoing travel quarantine protocol. The Nailers are scheduled to begin their 2020-21 season on Saturday, Dec. 12 at home against the Indy Fuel.

Kyle Olson has signed an AHL contract with the @WBSPenguins for the 2020-21 season.