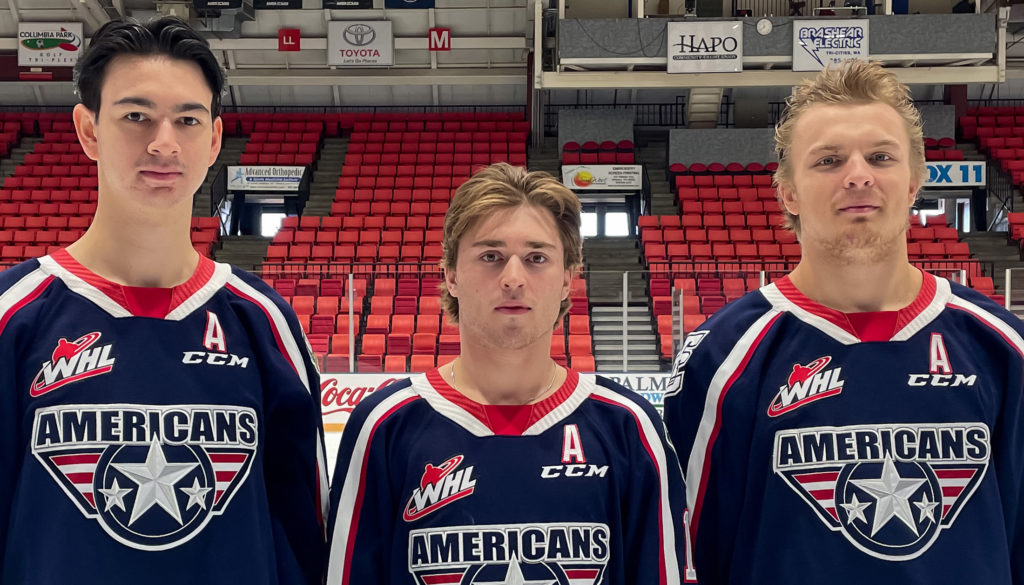 Bouchard, a native of Cochrane, Alta., is in his fifth season with the Americans. The five-foot-seven and 170-pound forward was selected by the Americans in the eighth round of the 2016 WHL Prospects Draft. Through 206 WHL games, he has totaled 24 goals and 74 assists.

Brown has also been with the Americans since 2016 when he was selected in the second round of the WHL Prospects Draft. Hailing from Salmon Arm, B.C., the six-foot-three and 209-pound defenseman has contributed eight goals and 23 assist through 154 WHL games.

Bouchard and Brown have been teammates since the 2015-16 season when they played in Penticton, B.C. for Okanagan Hockey Academy.

Huo joined the Americans in January 2019 after being acquired from the Seattle Thunderbirds. The six-foot-four and 196-pound center, a native of Richmond, B.C., went undrafted and was originally listed by the Thunderbirds in 2017. He has totaled 30 goals and 38 assists through 212 career WHL games.

Americans Battle Back to Earn Point, Fall Short in Overtime
14 hours ago
3:21
Video Highlights: 12/1 vs. Victoria
14 hours ago