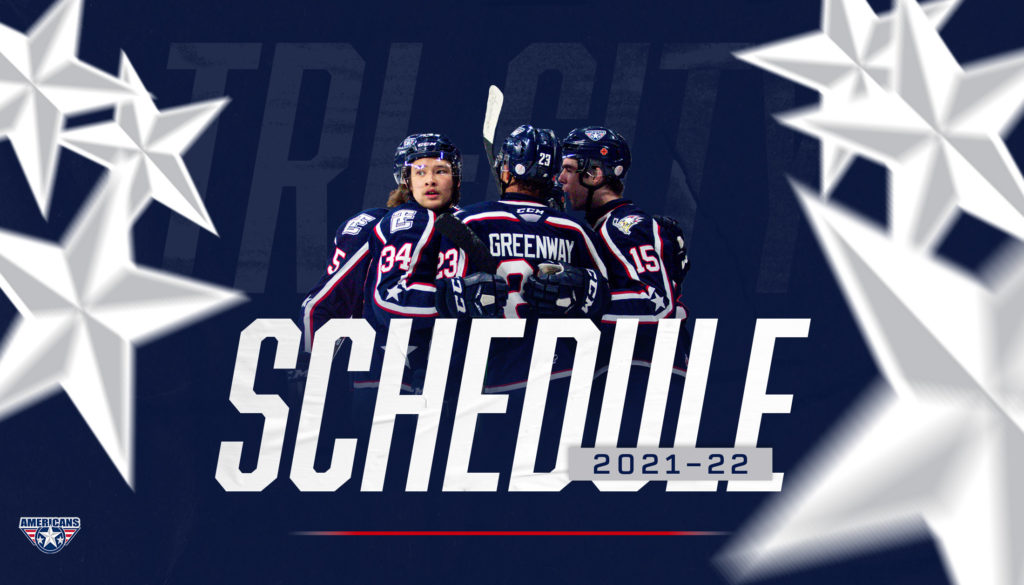 After a shortened 24-game 2020-21 season, the WHL will return to a full 68-game schedule for the 2021-22 season.  The schedule does not include any interlocking games between the Western Conference and Eastern Conference.

The annual Christmas break starts after games on Sunday, December 19, 2021 and continues until the first game after the holiday on Monday, December 27, 2021.

Tri-City will conclude the 2021-22 regular season at home on April 2 against the Everett Silvertips.