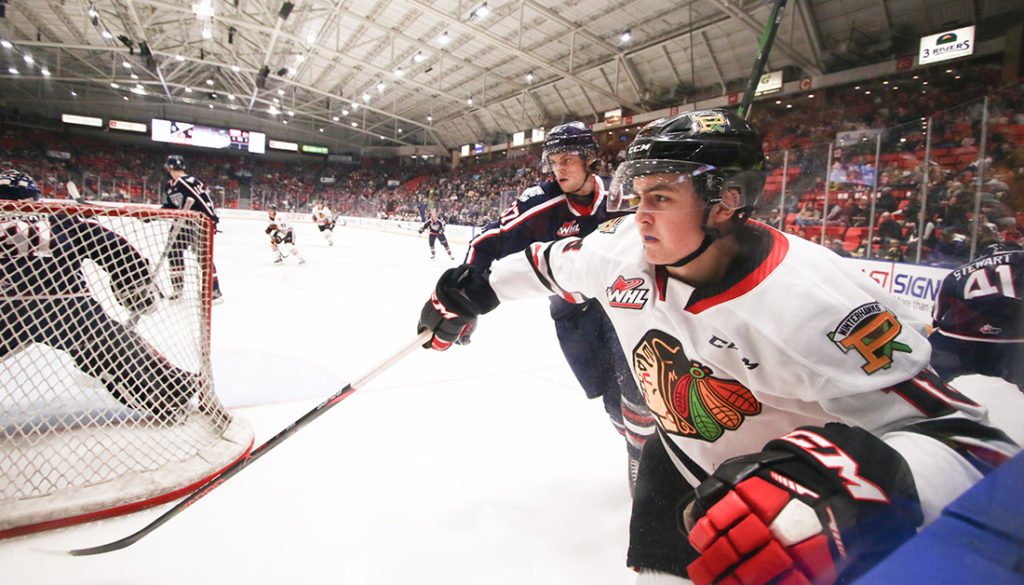 The Americans hosted the Portland Winterhawks today for the Wireless Vision Teddy Bear Toss game. For the second year in a row, Americans fans set a new Toyota Center record with 4920 stuffed toys tossed on the ice. Charities around the Mid-Columbia will receive the donations and distribute them to local children in need. The previous record, set last year, was 4168.

For the second year in a row, we set a new record here at the Toyota Center!

The night’s excitement ended after the Teddy Bear Toss, as the Americans were defeated 8-1 by the Western Conference leading Winterhawks.

Portland had a 2-0 lead when San Jose Barracuda prospect Krystof Hrabik brought the bears with Tri-City’s only goal of the night. Hrabik’s goal came off a shot from the slot, assisted by Sasha Mutala and Nick Bowman.

The Americans return to the Toyota Center for their final home game before Christmas this Tuesday. It’s a Tidbits $12 Game. Watch the Americans take on the Seattle Thunderbirds for only $12. Check the Americans Facebook and Twitter pages for a coupon on Monday.