Americans close out season with loss in Portland 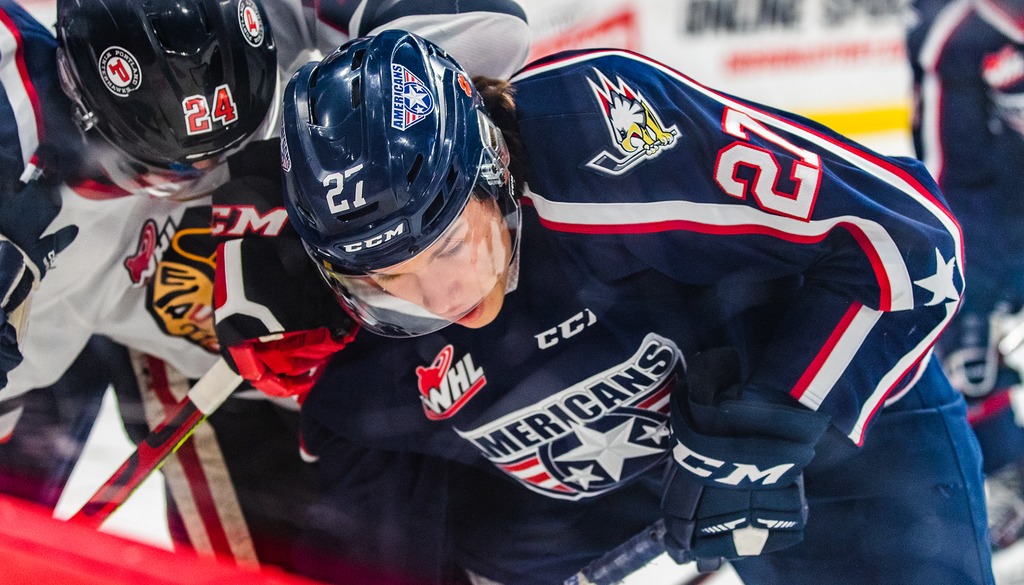 The Americans wrapped up the unforgettable 2020-21 season tonight in Portland. Tri-City made a push to overtake Portland, but ultimately fell 5-3.

Nick Cicek put the Winterhawks on the board first 12:06 into the game. Portland outshot Tri-City 12-1 in the first period and the score held at 1-0 into intermission. Clay Hanus extended their lead less than three minutes into the next period with a power play goal.

Americans rookie Jake Sloan replied and put the Americans on the board just seconds later. Sloan’s goal, his fourth of the season, was scored with a wrist shot over the blocker of Portland goaltender Dante Gianuzzi. Sasha Mutala and Tyson Greenway received assists on the goal.

Later in the period, Booker Daniel netted his fourth goal of the season to tie the game for Tri-City. Landon Roberts forced a turnover in the right corner of the offensive zone. Edge Lambert picked up the puck and passed to Daniel who scored with a one-timer from the left circle.

The games stayed tied into the final period.

Mason Dunsford played his third straight game in net for the Americans tonight as Talyn Boyko is day-to-day with an upper-body injury. Dunsford stopped 38 of 42 shots faced throughout the night.

For the second game in a row, Portland scored on both power play opportunities against the Americans. Tri-City was 1/3 with a man advantage.

Jonas Brøndberg took a slashing penalty with 5:33 remaining in the game putting Tri-City on the power play. Mason Dunsford was pulled for an extra attacker giving Tri-City a six-on-four advantage. Nick Bowman, in his final WHL game, was able to capitalize on the opportunity and net his fourth goal of the season.

Bowman’s goal put Tri-City within one, but the Americans weren’t able to find the equalizer.

The Winterhawks went on to add an empty net goal and secure the 5-3 victory in the final U.S. Division game this season.