Americans Come Up Short in Hard-Fought Game Against Chiefs 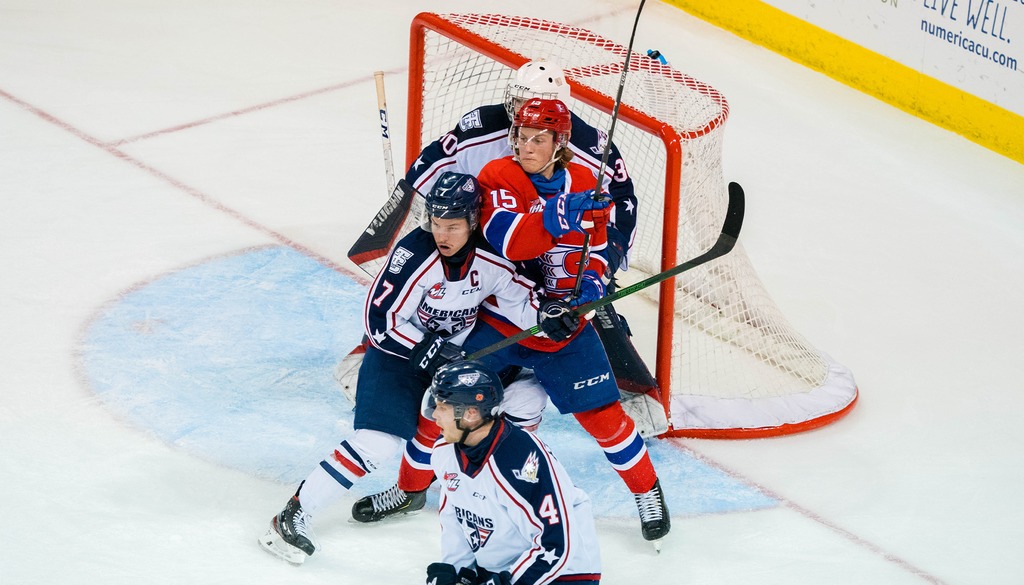 The Americans returned to game action tonight for the first time since Tuesday, April 13th. Tri-City didn’t show many signs of rust coming off ten days of isolation, but the Chiefs ultimately were able to edge out the Americans 5-3.

Tri-City was ready to play from the start and opened scoring 4:39 into the game. Luke Zazula carried the puck into the offensive zone and passed to Sasha Mutala who scored with a shot from the left circle.

The Americans held on to their 1-0 lead until Eli Zummack scored for the Chiefs with 3:45 remaining in the period.

Just over a minute into the second frame the Americans took back the lead with a goal from Booker Daniel. The goal, Daniel’s third of the season, came off a behind the net feed from Tri-City’s leading scorer Sam Huo. Mutala also had an assist on the play.

Adam Beckman replied for the Chiefs two minutes later to even the score. The Chiefs gained control for the first time in game as Eli Zummack scored on the power play giving them a 3-2 lead.

The Americans found a tying goal late in the second period as Nick Bowman shoved in a rebound. Bowman’s goal, his first of the season, came assisted by Luke Zazula and Booker Daniel.

NICK BOWMAN WITH THE EQUALIZER! 🚨 pic.twitter.com/LMkAvXA2ad

The game slipped away from the Americans as Adam Beckman scored on the power play to take back the lead for Spokane. Beckman, a Minnesota Wild prospect, added an empty net goal in the final seconds of the game to record a hat trick and seal the 5-3 victory for the Chiefs.

Mason Dunsford played in net tonight for the Americans. It was the 17-year-old netminder’s second start this season. He stopped 22 of 26 shots faced.

Tri-City was 0/1 tonight on the power play and the Chiefs were 2/5 with a man-advantage.