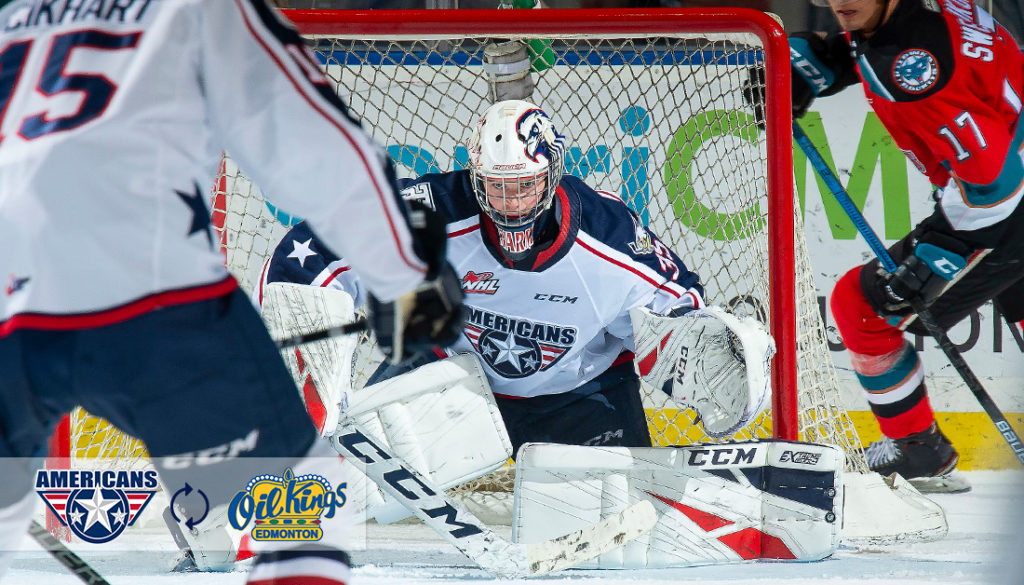 “It is hard to see Beck go, as he was the consummate Tri-City American,” said Tory. “However, our season has dictated that we need to address the future. We wish Beck nothing but the best moving forward.”

Gylander is currently playing for the Sherwood Park Crusaders of the AJHL. Through 21 games played this season he has a 1.99 GAA and .927 SV%. The 6-foot-5, 179-pound netminder is committed to the NCAA Colgate University Raiders and a prospect of the Detroit Red Wings. Gylander was selected by Detroit in the seventh-round (191st overall) of the 2019 NHL Entry Draft.

Littler, a 6-foot-2 and 200-pound native of Wenatchee, WA, is currently playing Midget for the Wenatchee Wolverines. The defenseman is the son of Wenatchee Wild General Manager Bliss Littler.

“Cade is a highly skilled center who we feel has tremendous pro hockey potential,” stated Tory.

Coming off a big New Year’s Eve win against the Spokane Chiefs, the Americans will return to the Toyota Center on January 5th to take on the Kelowna Rockets. Join us for an early 4:05 Sunday puck drop. Tickets are available from Ticketmaster here.