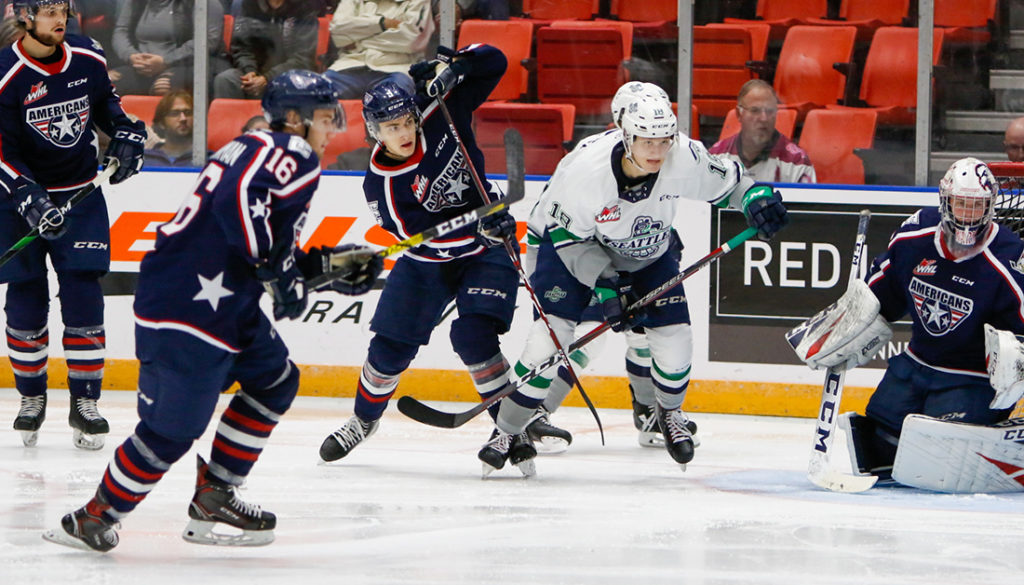 The Americans matched up against the Seattle Thunderbirds tonight at the Toyota Center. After a close fought sixty minutes the game extended into overtime and then a six-round shootout where the Americans were able to steal the victory. Tonight’s win marks the Americans’ third straight at home.

🚨 Booker Daniel ties the game at one with his first WHL goal! Assisted by Platz and Bell. pic.twitter.com/cagH1Yxd8q

Connor Bouchard gave the Americans their only regulation lead at 14:21 third period. The lead was short lived as Bruggen-Cate followed just eight seconds later with a goal for Seattle. Regulation finished tied at two bringing the game into overtime.

Matthew Wedman took a late third period tripping penalty that put Tri-City on the power play for the first 20 seconds of overtime. Both teams took two shots during the extra five minute period, but neither was able to score.

The Americans finished tonight with a season high 41 shots on goal. They out shot the Thunderbirds 41-37.

You can watch the Americans at the Toyota Center three times next week. The team will play Brandon on Tuesday, the reigning WHL champion Prince Albert on Friday, and Prince George on Saturday. Tickets are available here.