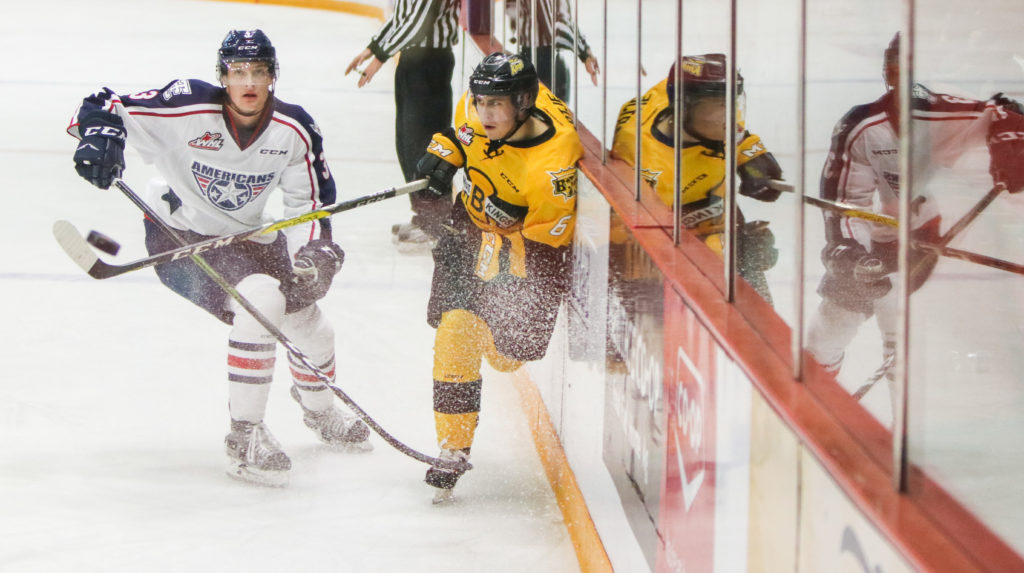 The Americans earned a 3-2 shootout victory over the Wheat Kings today in Brandon. Tri-City is now 3/3 in shootout appearances this season.

The Americans caught speed in the second period. Riley Sawchuk took a shot from the goal line that bounced into the net off Jiri Patera’s left pad. The goal came at 2:52, assisted by Conner Bouchard. Sawchuk and Bouchard recorded their second points of the night assisting a Blake Stevenson goal at 16:59. Stevenson returned to the Americans tonight from a three game suspension. Tri-City out shot Brandon 8-5 second period.

For the fourth time this season the Americans game went past regulation into extra time. The five minute overtime period was filled with scoring opportunities but neither team was able to score. Shots were 5-1 in favor of Tri-City.

A seven round shootout was needed to settle the annual match-up between Tri-City and Brandon.

Capping off his two point night Bouchard sealed the Americans’ shootout victory with a nice move past goaltender Patera.

The Americans will continue their biennial Eastern Division road trip on Tuesday in Moose Jaw.