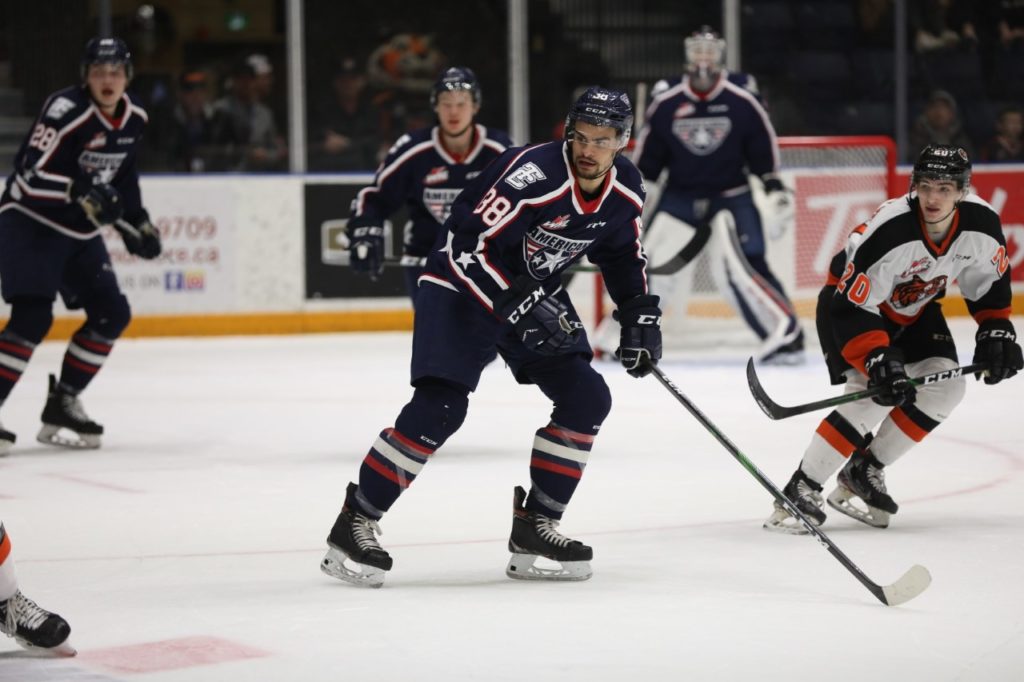 MEDICINE HAT, AB – The Americans continued their road trip today in Medicine Hat where they fell 4-2 to the Tigers.

The Tigers opened scoring with two goals in a span of 20 seconds in the final minute of the first period.

Jadon Joseph responded for the Americans to cut Medicine Hat’s lead to one.

The Tigers held on to the 2-1 lead into the second intermission.

Talyn Boyko played in net tonight for the Americans stopping 35 of 38 shots faced and was named second star of the night.

Lukas Svejkovsky extended Medicine Hat’s lead to 3-1 early in the final frame with the only power play goal of the night. Sasha Mutala responded to put the Americans back within one mid-period.

Tri-City was unable to find a tying goal and Medicine Hat added an empty net marker to seal the 4-2 victory.