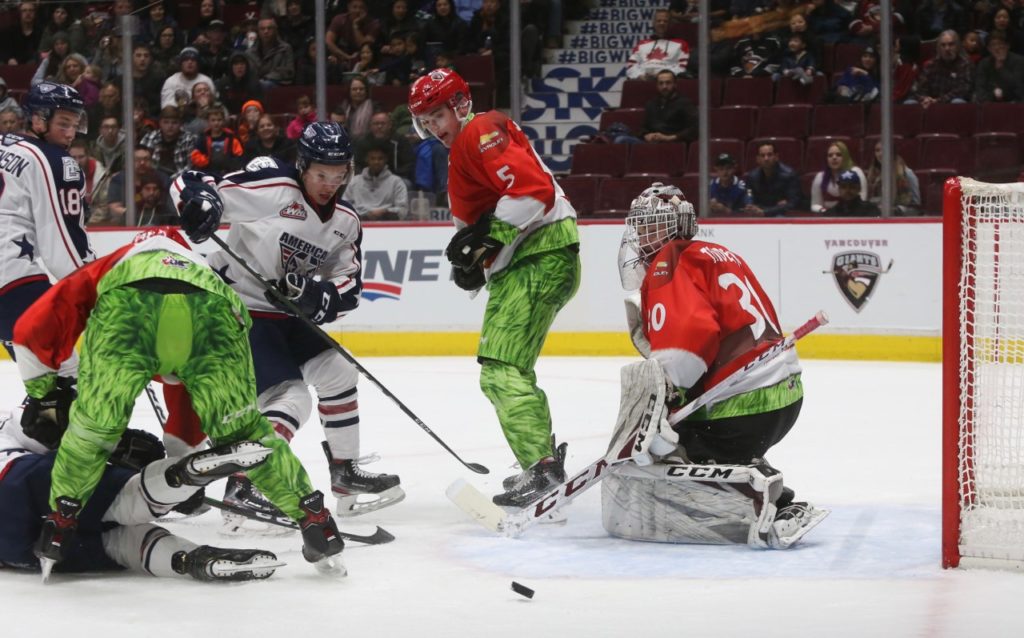 The Americans matched up against the Vancouver Giants today, taking a 4-1 loss.

After falling 4-3 last night in Spokane, the Americans traveled to Everett where they stayed the night before making the trip to Vancouver. Today’s game was hosted at Rogers Arena, the home of the Vancouver Canucks, for the Giants’ Teddy Bear Toss game.

Michal Kvasnica netted the highly anticipated Teddy Bear Toss goal just 4:04 into the game to put the Giants up 1-0. Connor Horning extended the lead to two with a goal at the 15:55 mark. The Giants held on to their 2-0 lead into the final period.

Tonight was Americans Equipment Manager Innes Mackie’s 3200th game in the WHL. The Giants organization recognized his milestone in game.

Connor Bouchard scored Tri-City’s first and only goal of the night just a minute into the third period. The goal came off a behind-the-net feed from Krystof Hrabik. Colorado Avalanche prospect Sasha Mutala also received an assist on the play.

Connor Bouchard scores off a great behind the net feed from Krystof Hrabik, putting the Ams within one pic.twitter.com/yyeTUusJOK

Vancouver’s Tyler Preziuso replied with two goals, his 10th and 11th of the season, to seal the 4-1 victory.