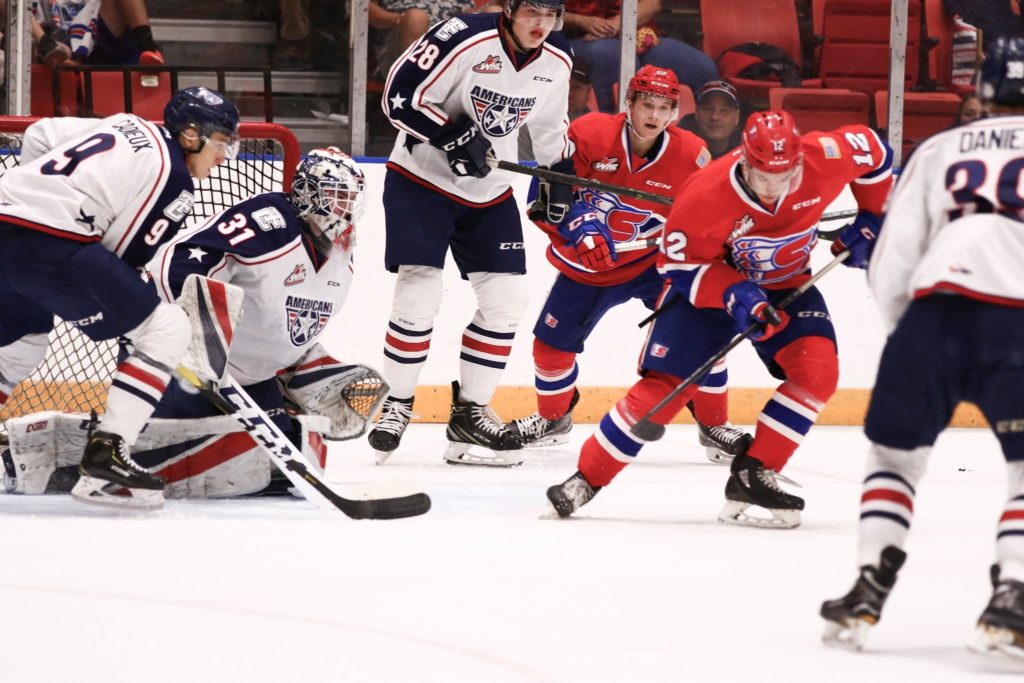 The 2019 Red Lion Preseason Tournament wrapped up this evening with a unique match between the Tri-City Americans and Spokane Chiefs.

On top of numerous players being away at NHL camps, the Spokane Chiefs were plagued with a list of injuries this weekend. As a result, they were unable to dress a full roster. The Western Hockey League authorized the Chiefs and Americans to play tonight’s game four-on-four.

Due to players being away at development camps and out with unexpected injuries, the @spokanechiefs are unable to dress a full roster. Therefore, tonight's game will be played four-on-four per @TheWHL office authorization.#AmsNation pic.twitter.com/Iu0mdip6fB

Although out shot 44-30, the Americans were able to dominate the score and take a 4-1 win tonight at the Toyota Center.

Sam Huo netted the first goal of the night with an impressive wrist shot 18 minutes into the game.

The Americans extended their lead to two in the second period when Kaden Kohle picked up a lose puck in front of the net. Huo added a third with his second goal of the night.

Nikita Krivokrasov scored the Americans’ fourth goal with a quick deke off a breakaway in the third period. Tri-City led 4-0 until Spokane’s Cordel Larson put the Chiefs on the board with 45 seconds remaining.

Tri-City and Spokane will again meet at the Toyota Center next Saturday for the final exhibition game of the season.