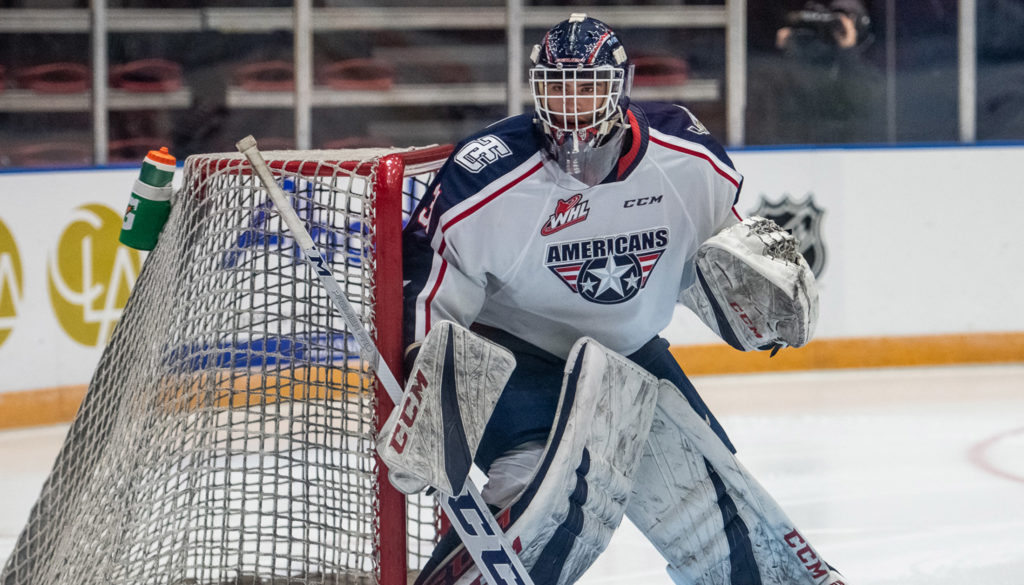 KENNEWICK, WA – The Americans put on an exciting show for fans at the Toyota Center as they opened the 2021-22 regular season tonight with a 5-4 shootout victory over the Winterhawks.

After leading the team in preseason scoring, it was no surprise that Parker Bell netted the first goal of the season. The goal came just 2:42 into the game with a shot from the left circle, assisted by Rhett Melnyk and Petr Moravec.

Forward Petr Moravec scored in his first WHL game as he beat two Winterhawks players in a race to the puck and slipped the puck past Winterhawks netminder Dante Giannuzzi. The Czech Republic native tallied two points tonight with his assist on Bell’s goal.

Portland started to make a comeback as they added two goals in the second period and then a game-tying goal early in the final frame.

Elouann Lemonnier deflected a shot from Ben Feenan to take back the lead for the Americans with his first career goal.

Robbie Fromm-Delorme replied with one last goal from the Winterhawks to send the game into overtime.

Talyn Boyko had an impressive night for the Americans after recently returning from pro camp with the New York Rangers. The 6-foot-8 netminder stopped 38 of 42 shots faced tonight.

Parker Bell took a hooking penalty two minutes into overtime to put the Winterhawks on the power play, but Portland followed with two more minor penalties giving the man advantage to the Americans. Petr Moravec nearly scored as time was expiring but the Americans weren’t able to seal the victory and the game extended into a shootout.

Dwayne Jean Jr. was the shootout hero tonight for the Americans.

The Americans are back in action tomorrow as they head to Spokane to take on the Chiefs. They will return to the Toyota Center next weekend.