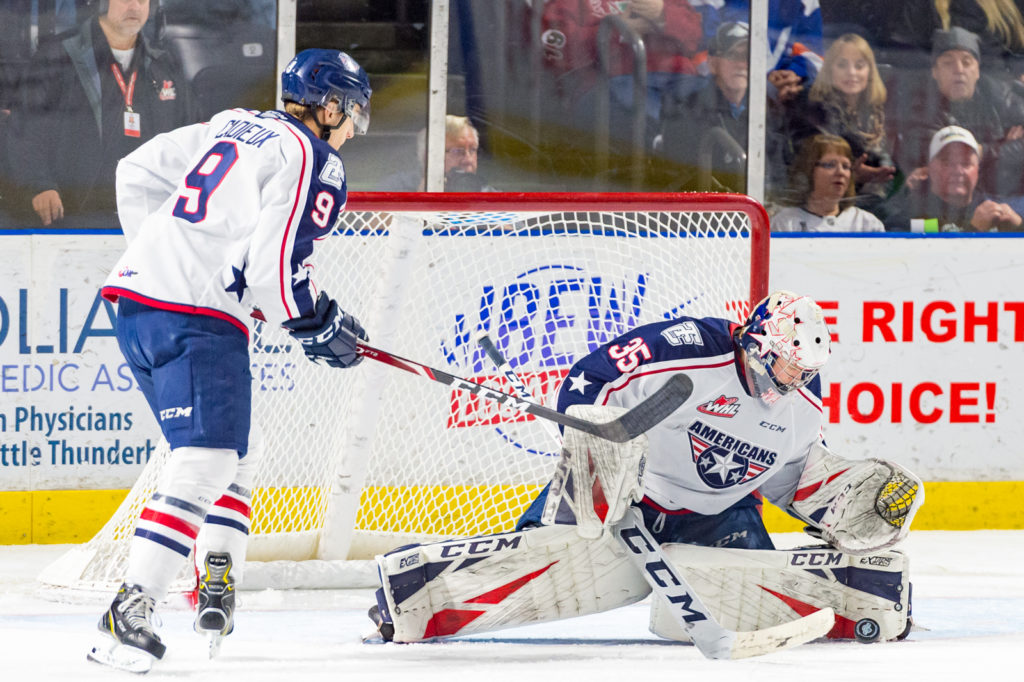 The Americans and Thunderbirds matched up today at the accesso ShoWare Center in Kent. After defeating Seattle in their first three meetings of the season, the Americans fell tonight by a score of 5-1.

Seattle started the game with a flurry of shots. After 20 minutes they led 1-0 and had out shot Tri-City 20-7. The Thunderbirds added three more goals in the second frame before a response from the Americans.

Colorado Avalanche prospect Sasha Mutala scored Tri-City’s only goal of the night on the power play at 18:52 second period, assisted by Krystof Hrabik and Edge Lambert.

Mutala on the power play! 🚨

🙌 We're on the board 🙌 pic.twitter.com/yjQtjfzPnd

Seattle added their fifth and final goal of the night at 6:18 third period. All of Seattle’s goals came even strength.

The Americans return tomorrow for the annual Fred Meyer/Wireless Vision Teddy Bear Toss at the Toyota Center. Fans are encouraged to bring new or gently used stuffed animals to the game and throw them on the ice when the Americans score their first goal. The donated toys will be distributed to local charities throughout the Mid-Columbia.Get more details here.