Americans fall in final home game of the season 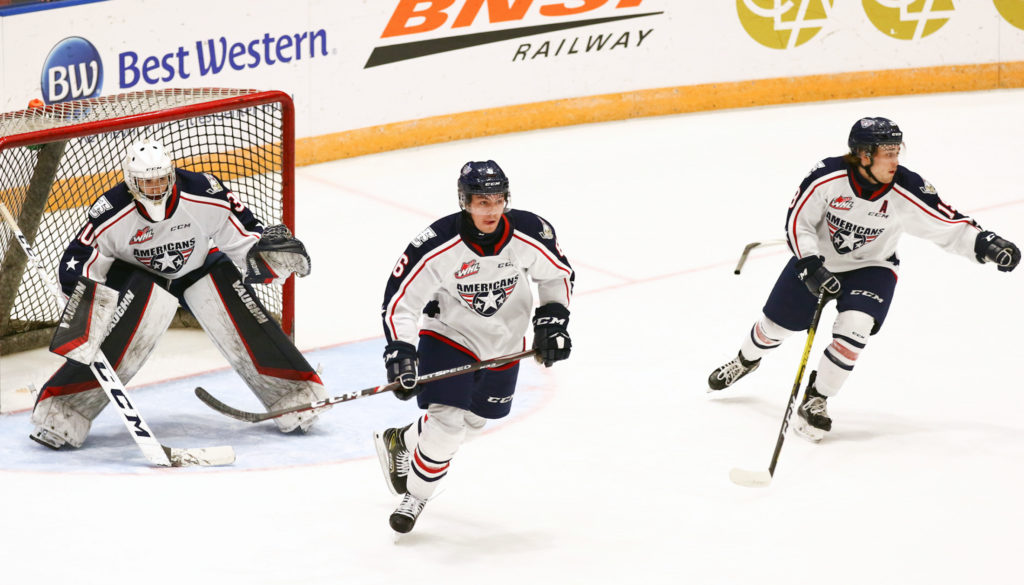 KENNEWICK, WA – The Americans fell 9-1 to the Winterhawks today in their final game at the Toyota Center this season.

Robbie Fromm-Delorme opened scoring 5:10 into the game with an unassisted goal for the Winterhawks. Cross Hanas followed with tonight’s game-winning goal later in the period. Portland took a 2-0 lead into the first intermission.

The Winterhawks took off with their lead in the second period as they added five straight more goals to make the game 7-0.

Luke Zazula put the Americans on the board with a power play goal with two minutes remaining in the third period. Zazula’s goal, his fourth of the season, came off a hard wrist shot from the blueline assisted by Sasha Mutala and Connor Bouchard.

Portland followed with two more goals in the third period to take a final 9-1 victory.

Tonight was Jack Barnes, Nick Bowman, and Luke Zazula’s final game at the Toyota Center. The team wore special t-shirts to honor their three 20-year-olds today to the game.

Last home game for our 20s, so we let them take the reigns on the pre-game video session. pic.twitter.com/Np8JYCDZ8B