Americans Fall on the Road to Rockets 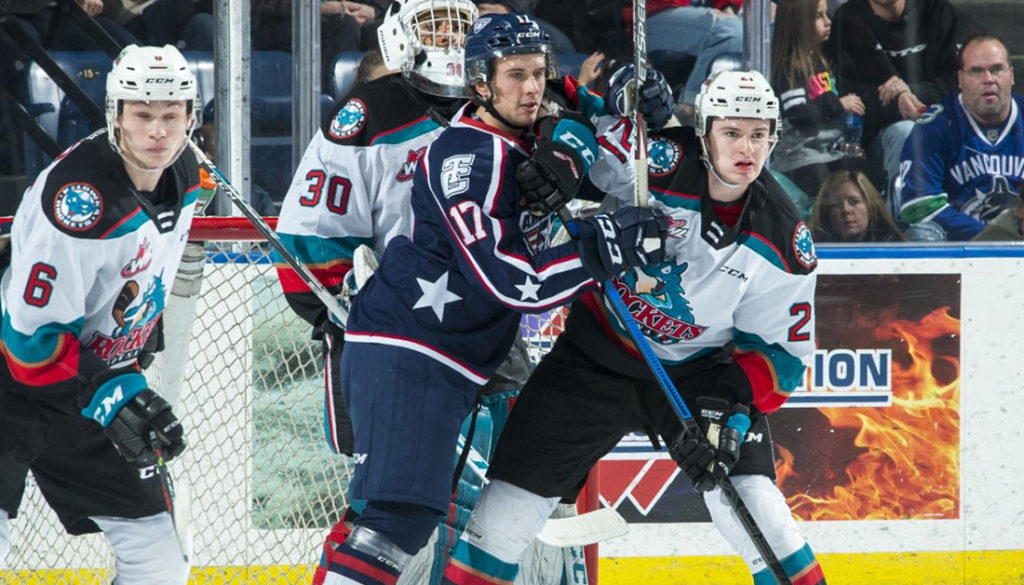 KELOWNA, BC – The Americans hit the road to take on the Kelowna Rockets today. Tri-City emerged with an early lead, but was unable to hold off the Kelowna falling by a score of 8-3.

Americans rookie Edge Lambert opened scoring tonight off a set up from Connor Bouchard giving the Americans a 1-0 first period lead. The goal ended a six period scoring drought for the Americans.

The Rockets were able to even the score a minute and a half later with a goal from Pavel Novak. Matthew Wedman added another for Kelowna giving the Rockets a 2-1 lead heading into the first intermission.

Wedman went on to complete a hat trick in the third period and highlight the night.

Talyn Boyko played the full game in net for the Americans. He stopped 37 of 45 total shots faced.

Through the second period Kelowna added three more goals to put the Americans behind 5-1.

Tri-City’s final goal of  the night was scored by Tyson Greenway. The goal marks the rookie’s first in the WHL.

The Americans return to the Toyota Center this weekend for back-to-back home games. The Moose Jaw Warriors will make their biennial visit to Kennewick on Friday for a Valentine’s Day matchup. The Americans will then host a rivalry night game against the Spokane Chiefs on Saturday, February 15th. Tickets are available online from Ticketmaster here.