Americans fall to Chiefs for first time this season 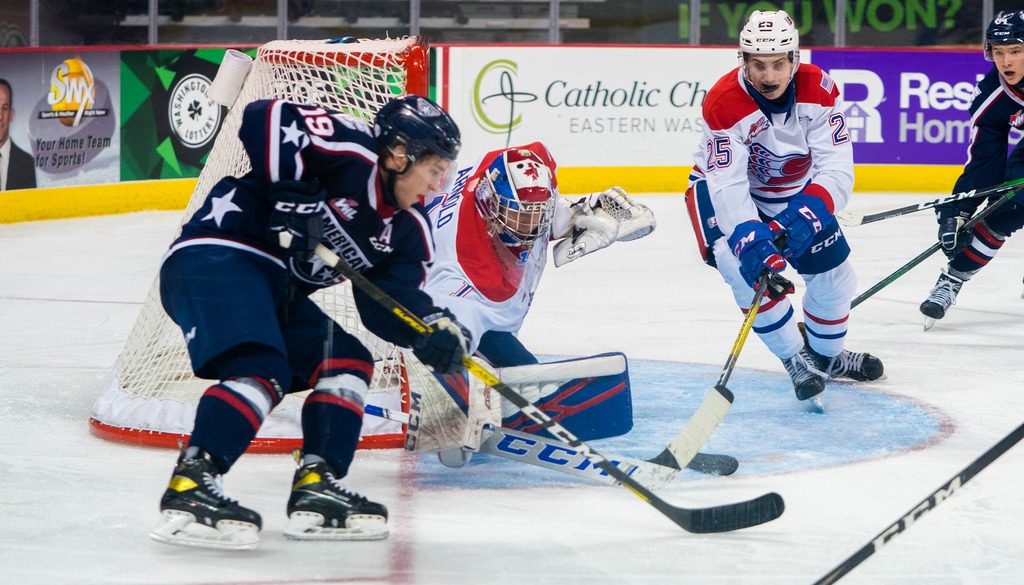 The Americans fell 5-2 in Spokane tonight earning their first loss to the Chiefs this season.

Tri-City started the game confidently and got on the board first with a goal from Luke Zazula. The 20-year-old Americans captain scored unassisted with a wrist shot from the blue line. The Americans held on to their 1-0 lead and continued to dominate through the first period. After 20 minutes of play the Americans out shot the Chiefs 17-7.

The game changed in favor of the Chiefs in the second period as they scored three straight goals at the 3:40, 6:19, and 8:22 marks.

Zazula scored again for the Americans with 3:45 left in the third period. The goal was scored on the power play assisted by Sasha Mutala and Sam Huo. Tonight was Zazula’s first multi-goal game in the WHL.

The Americans were unable to make a comeback and fell 5-2 as Chiefs added two more goals in the third period.

Lukas Dragicevic make his WHL debut tonight with the Americans. The 15-year-old defenseman from Richmond, BC was selected by Tri-City fourth overall in the 2020 WHL Bantam Draft.

The Americans were 1/4 tonight on the power play and the Chiefs were 2/4 with a man-advantage.